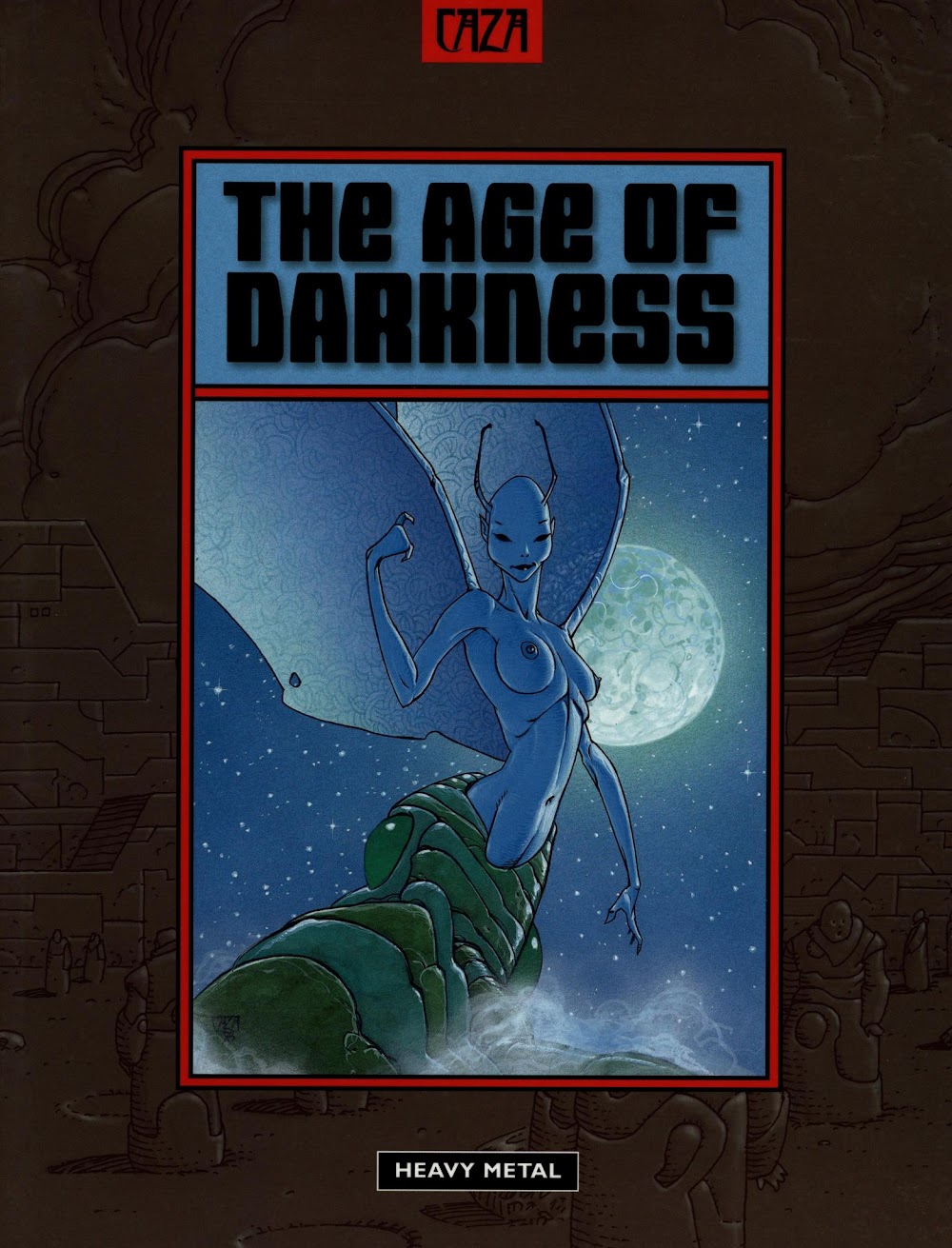 Stories from Heavy Metal and other scifi and fantasy anthologies by Philippe Cazamayou.

This beautiful graphic novel tells of the time before the Era of Mass. This was the Shadow Age, a time when the planet Earth still rotated on its axis, but more and more slowly. At that time, the ‚Oms, the Inhabitants of the Shadows, still lived in their fortified cities. But the ramparts of the Night were closing in on them, terrifying them and swallowing them up. And yet, among the Shadows, dreams gradually rose up in the form of primitive beings that became known as the „Others.“ Knowing neither pity nor hatred, these creatures had only goal: to reclaim their birthright, the land they had Lost: the Earth.