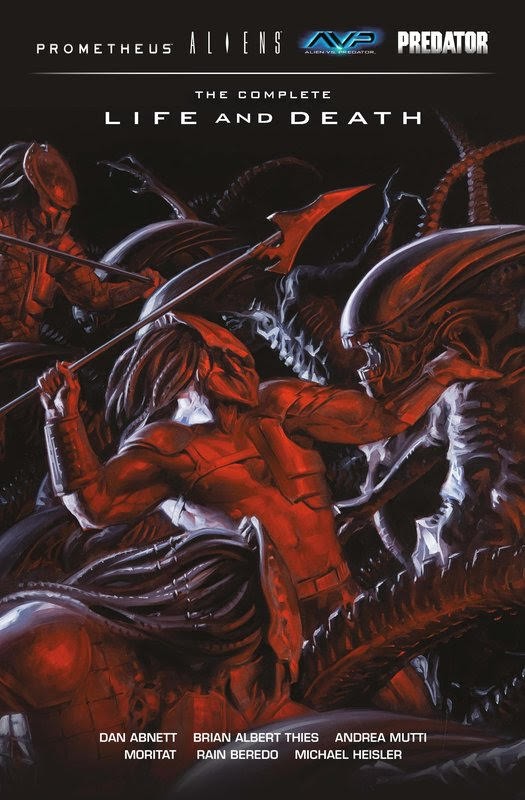 It’s a battle for survival against the three deadliest species in the galaxy!

For Captain Paget and her platoon of Colonial Marines, a routine mission for the Weyland-Yutani Corporation becomes a running battle that will carry them halfway across the galaxy in a fateful four-way war! Collects the entire Life and Death story cycle in a deluxe, oversized hardcover!

The sequel to Fire and Stone!