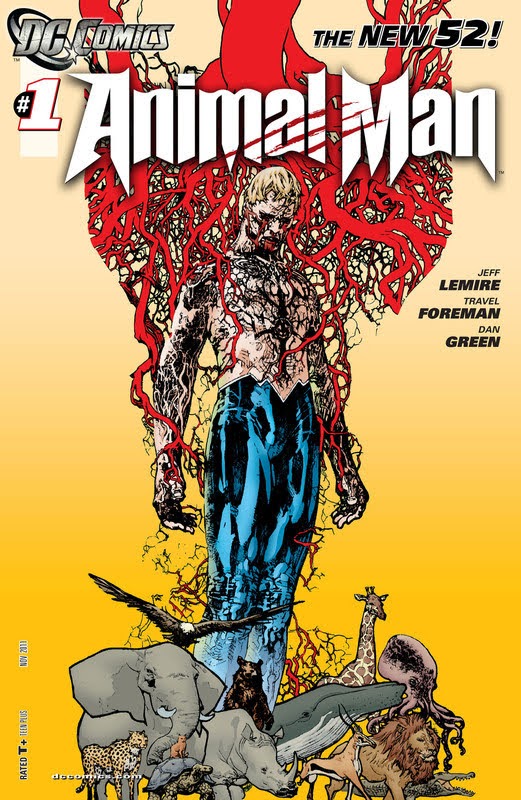 A New 52 series starring Animal Man. This is the second Animal Man series and the first not under the Vertigo imprint since the first series switched over at Vertigo’s founding in 1993, although the character has appeared for several years in the DCU following the cancellation of his previous ongoing.

After Travel Foreman left the book following its first arc, the series saw the return of Steve Pugh who had been the main artist during the character’s last volume, specifically during Jamie Delano’s run which largely inspired this series.