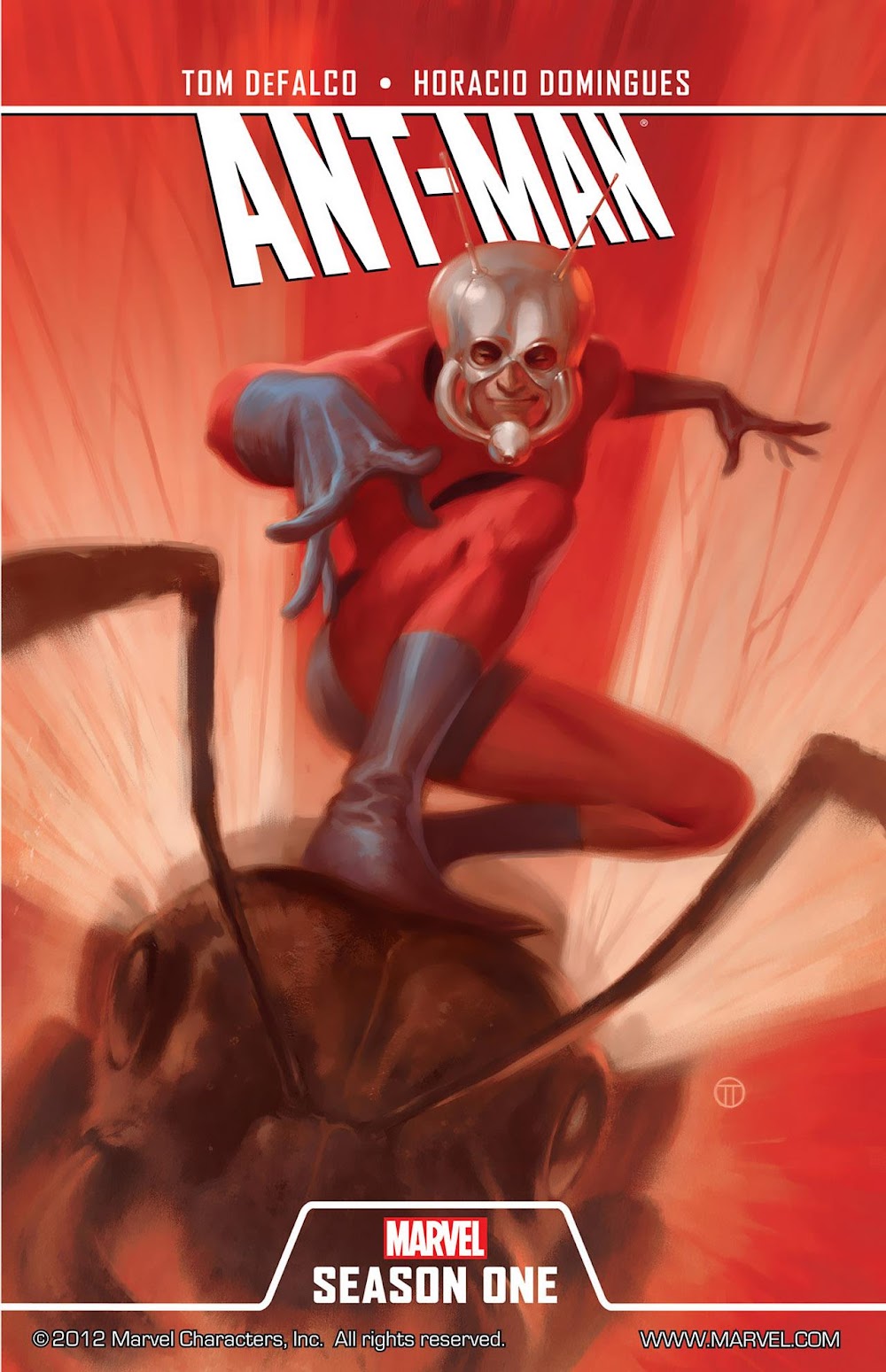 Legendary writer Tom DeFalco (AMAZING SPIDER-MAN) and acclaimed artist Horacio Domingues (FANTASTIC FOUR: TRUE STORY) bring you the origins of the original Avenger, Ant-Man! Hank Pym has had a life full of adventure and success, failure and humiliation. Known by a variety of names including Ant-Man, Giant-Man, Goliath and Yellowjacket he’s been an innovative scientist, a famed super hero, an abusive spouse and more. What demons drive a man like Hank Pym? How did he begin his heroic career? ANT-MAN: SEASON ONE tells the story of the man behind the myth, and reveals the fears and paranoia that propelled him to greatest heights and the darkest depths!