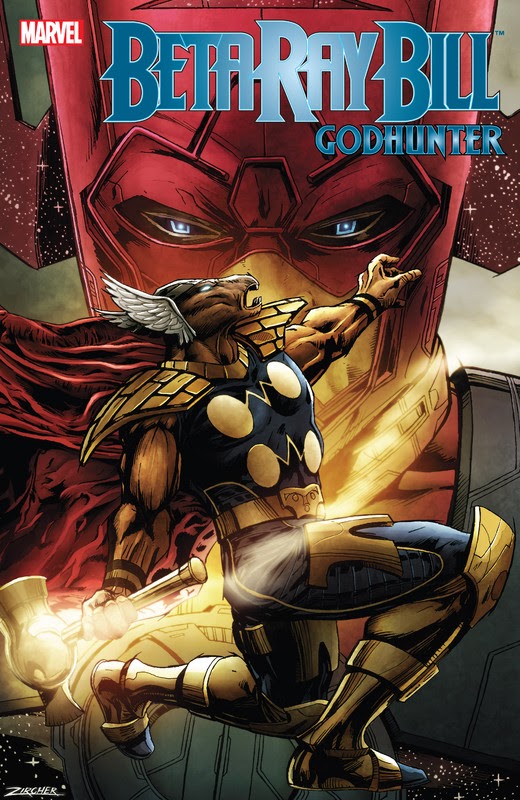 Galactus! He’s devoured worlds since the dawn of the Universe. Consuming the Korbinites home was nothing special. But for Beta Ray Bill oathbrother to Thor and the Korbinites defender it was a failure of his life’s duty and has given him a certain clarity. How can a hero suffer such a threat to exist? Beta Ray Bill sets forth to hunt down Galactus, force him to his knees and make him pay with a plan so audacious even the Planet Eater will feel fear.