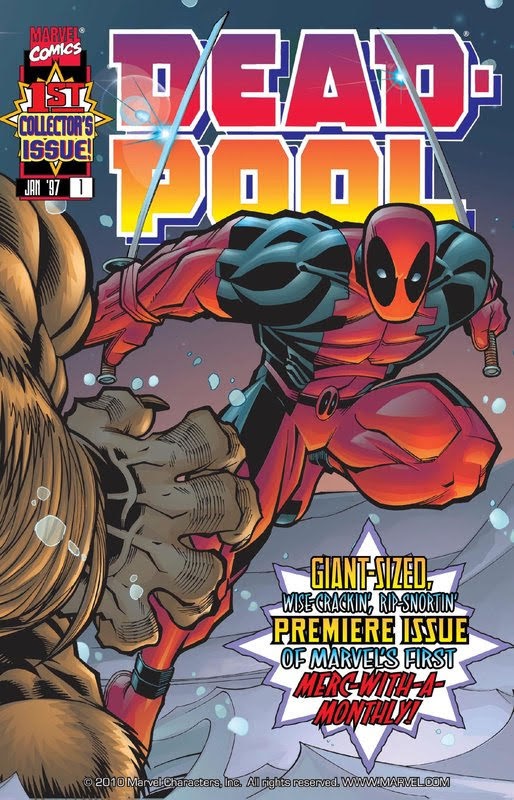 Deadpool takes on a mission to Antarctica, where he finds himself face to face with Sasquatch (Walter Langkowski) of Alpha Flight!!

His assignment is to level a abandoned building, but when setting the device he notices that the station is not so abandoned after all. But, it is too late-the bomb he placed goes off and damages vital equipment. Equipment that pulls Gamma Radiation out of the earth’s atmosphere. Now, with the „entire southern hemisphere“ in danger, Wilson must battle Sasquatch of Alpha Flight and risk everything to patch the damage he just created.

Starting in 1997, Deadpool was given his own ongoing title, initially written by Joe Kelly with then-newcomer Ed McGuinness as an artist. This series firmly established his supporting cast, including his prisoner/den-mother Blind Al and his „best friend“ Weasel.

The series was renumbered at 1 with Deadpool issue 57 and rebranded „Deadpool: Agent of Weapon X“. Again it was renumbered and rebranded as „Deadpool: Funeral for a Freak“ at Deadpool issue 61. However in both cases a dual numbering system were implemented and the series returned to simply „Deadpool“ and the original number at issue 65. The series ended with issue 69 and was then continued/ replaced by the Agent X series.