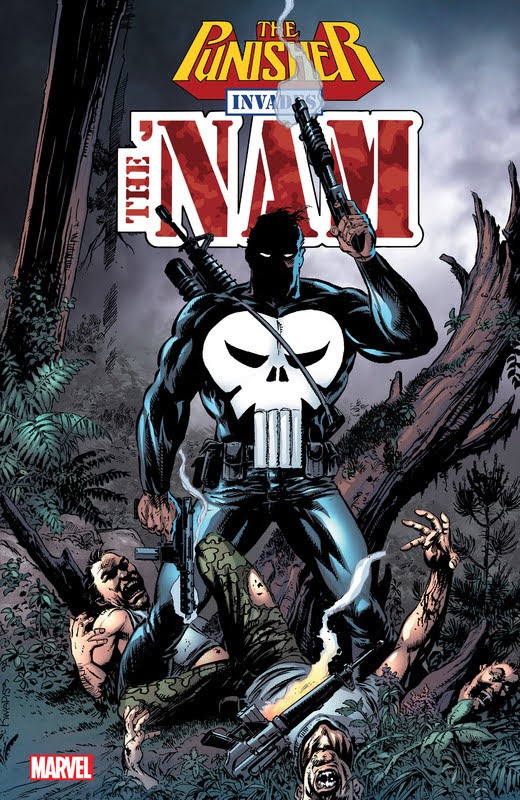 Years before he brought his personal war to the mean streets of the Marvel Universe, Marine Sgt. Frank Castle fought in Vietnam and the man he would become took shape in those killing fields. Revisit the horrors of the ‚Nam along with Frank as he battles side-by-side with comrade-in-arms Mike „Ice“ Phillips and faces down a deadly jungle sniper, and fights alone in his final tour of duty to rescue a crew of downed airmen from a sadistic vivisectionist. Plus: Years later, „Ice“ comes to the aid of his fellow veteran but can the two of them take down the paramilitary group the Sons of Liberty and a Central American drug kingpin?