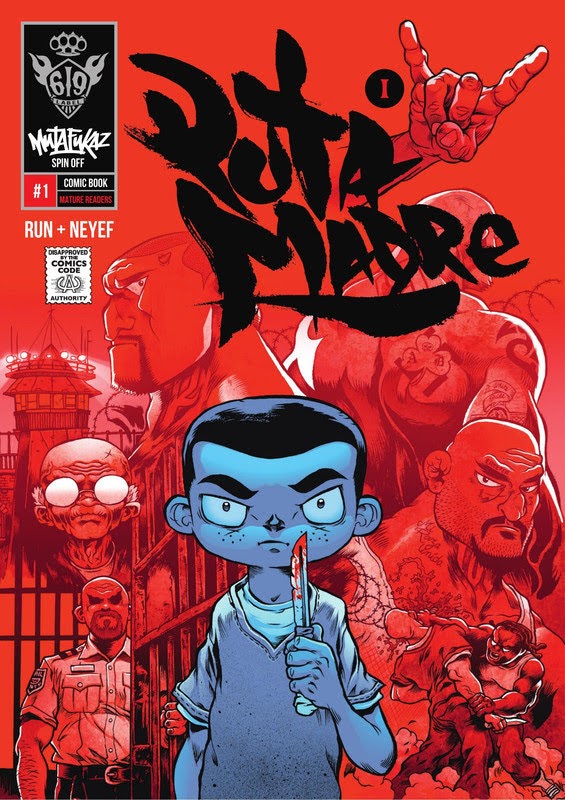 Discover Puta Madre, the first Mutafukaz spinoff, and learn more about the past of one of the characters of the cult series!

Niland, California. Between the mobile homes that rot beneath the sun, and the desert dust that seeps into every corner, young Jesus, age 12, tries to grow up as best he can without a father figure. One Halloween night, in the vacant lot across the street from his trailer, he sees a strange, pumpkin-headed being. No one else can see “Spooky”, as Jesus will later call him. But Spooky has a strange influence on Jesus, and regularly incites him to commit delinquent acts. When his mother discovers the lifeless body of his 2 year-old half-brother, and all the evidence points to Jesus as the child’s murderer, he must confront two police inspectors.