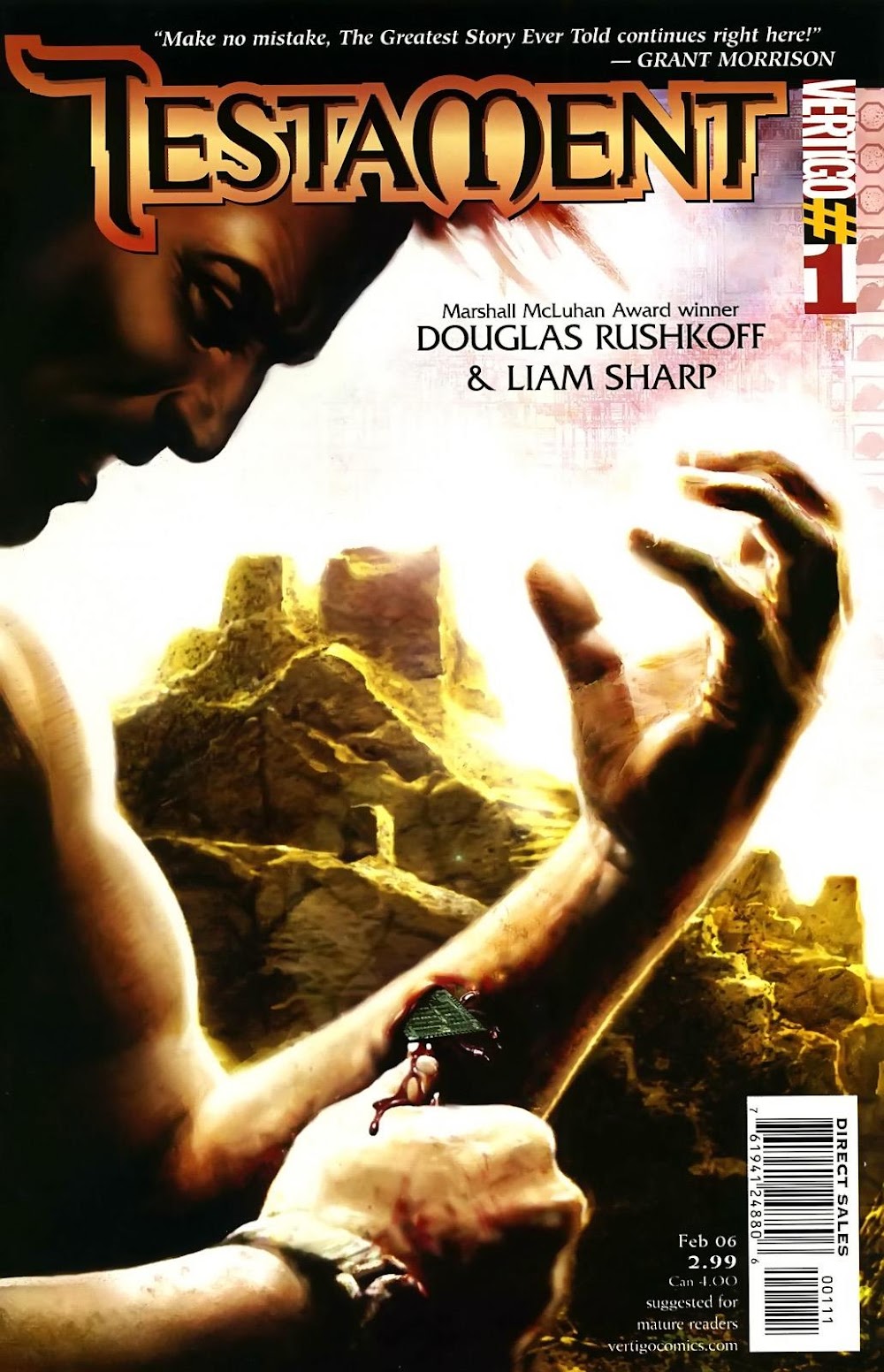 This series is marked by its triple narrative-one recounting various narratives from the Hebrew Scriptures, or the Old Testament, another creating loosely parallel narratives in a not too distant dystopian future, and a third narrative set in a spiritual plane where the gods do battle by manipulating humanity for their own ends. On one side of the battle are Moloch, an ancient Ammonite god to whom human sacrifices were made; Astarte, a goddess of fertitlity, sexual love, and war, who was worshipped in ancient times in Syria, Egypt and the Phoenician colonies (she is called Ashtoreth in the Old Testament); and Atum-ra, an Egyptian god.