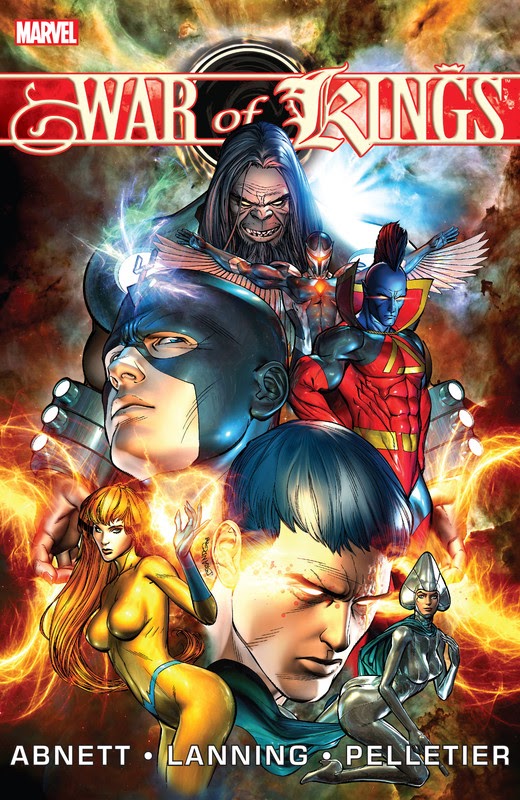 The complete WAR OF KINGS epic in one colossal collection! In the aftermath of the Secret Invasion, Black Bolt has led the Inhumans on a shockingly savage path to restore their strength and security. But that path has brought them into direct confrontation with the Shi’Ar Empire and their mad ruler Vulcan! Who will get in the first strike? Who will fall on the bloody battlefield? Who will rule? The Imperial Guard, the Starjammers, the Inhuman Royal Family and more of your favorite sci-fi characters are locked on a collision course!