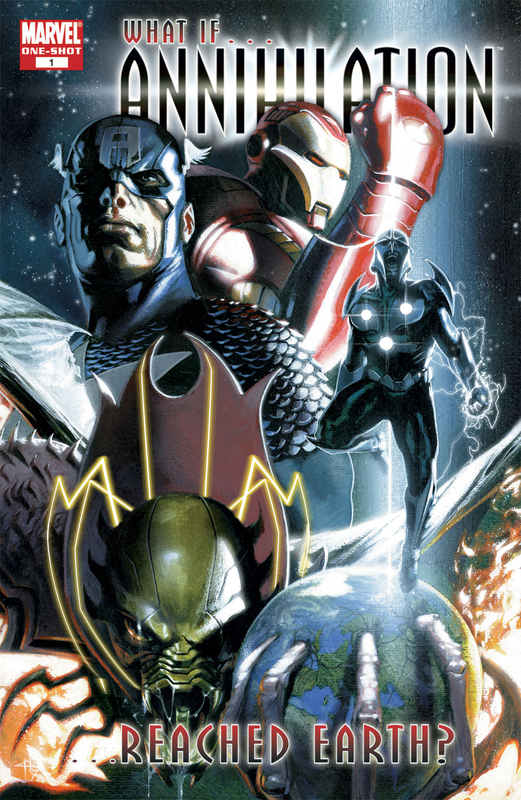 The wave of ANNIHILATION nearly ravaged the cosmos but WHAT IF Annihilus was not defeated in the outskirts of our galaxy? WHAT IF he brought his devastating alien armada to Earth? At the height of CIVIL WAR and SILENT WAR, can our planet’s mightiest heroes put aside their differences long enough to save all of humanity?

This comic asks what if? The Annihilation had made its way to earth and invaded. While the heroes of earth are fighting each other an alien ship lands on earth. Nova tells them that a massive wave of aliens has been destroying all life and they are tasked with stopping it at earth. Will they survive? Or will the invaders destroy them all?