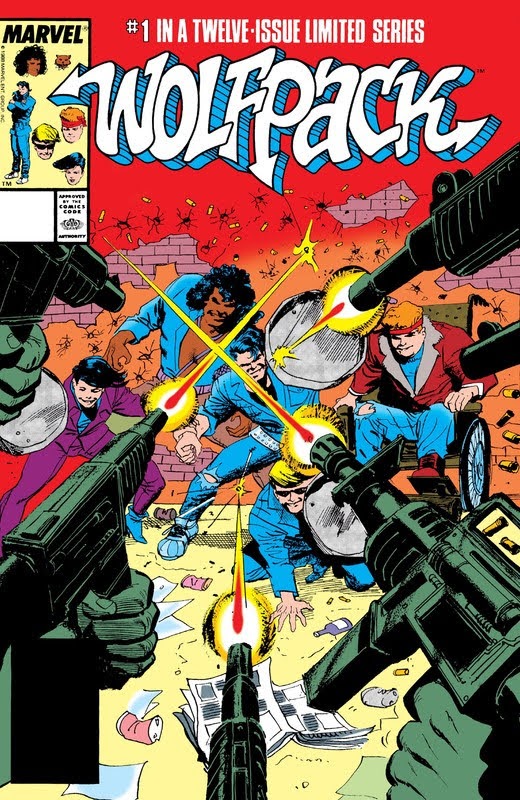 Wolfpack is one of the forgotten comics of the 1980’s… and perhaps with good reason.

Whereas Denny O’Neil and Neil Adams confrontation of social issues within the pages of Green Arrow/Green Lantern has been lauded and held up as a groundbreaking work, Wolfpack, which covers similar themes seems to have been mostly overlooked. Published in 1988 and set in the South Bronx, The Wolfpack consist of a multi-racial group of teens, recruited by a shadowy figure, Mac to fight an ancient and mysterious cult known as The Nine. Now, a lot of this back story occurred in the graphic novel, also titled Wolfpack which had been published the previous year, but is recapped in the first pages of the first issue.