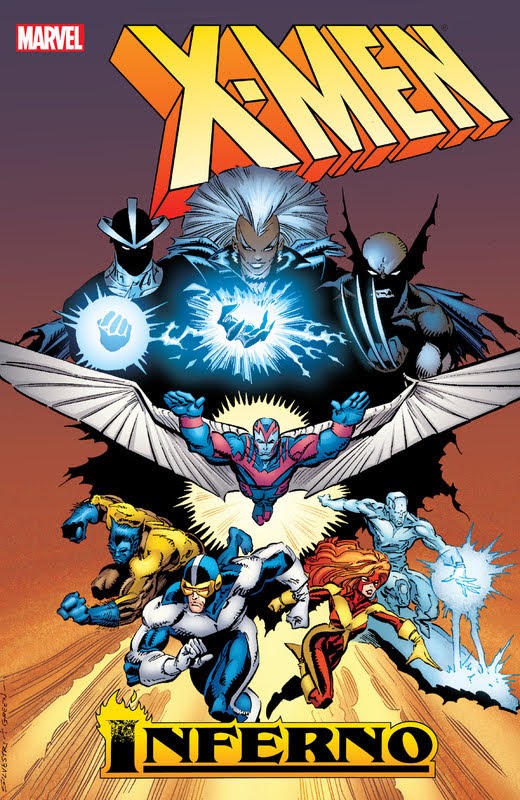 The match is struck as the enigmatic geneticist Mr. Sinister and the demon-lord N’astirh set their respective master plans in motion both centered around one woman: Madelyne Pryor, wife of Scott Summers, the X-Man called Cyclops. The flame is fanned as Sinister’s agents, the Marauders, attack Madelyne’s protectors in the X-Men, while a horde of N’astirh’s demons prey upon the helpless, horrified populace of New York City. The inferno burns as Madelyne strikes her own bargain with N’astirh, and as the Goblin Queen, threatens to cast a spell that would render the entire earth a hellish wasteland where demons rule. And the sacrifice necessary is none other than her own innocent child, Nathan Christopher Summers!