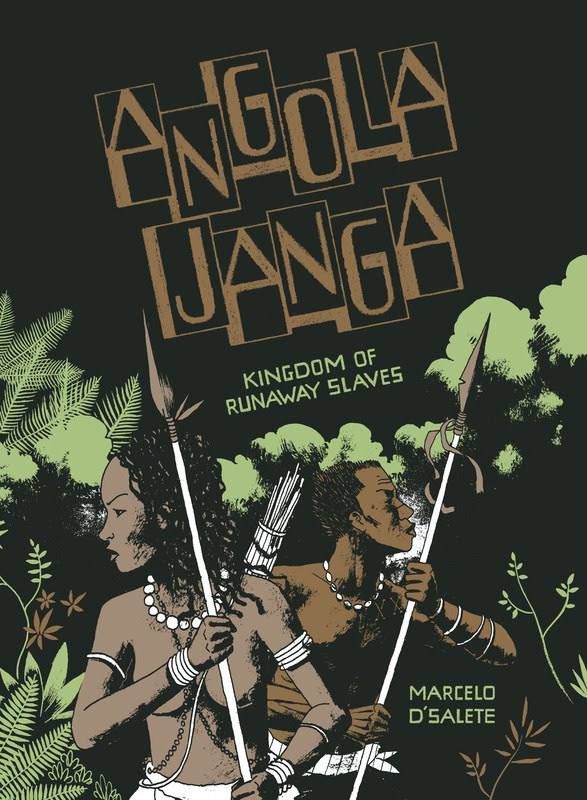 Founded in late sixteenth century Brazil, Angola Janga was a beacon of freedom. For over a hundred years, this community of runaway slaves thrived in fierce opposition to the Dutch and Portuguese colonial powers. In the stunning follow up to his critically acclaimed graphic novel debut, Run for It, D’Salete brings the history of this precarious kingdom to life the painful stories of fugitives, the brutal raids by colonial forces, and the tense power struggles among its inhabitants.

At turns empowering and heartbreaking, Angola Janga is a stark reminder that the fight for justice is an eternal battle.