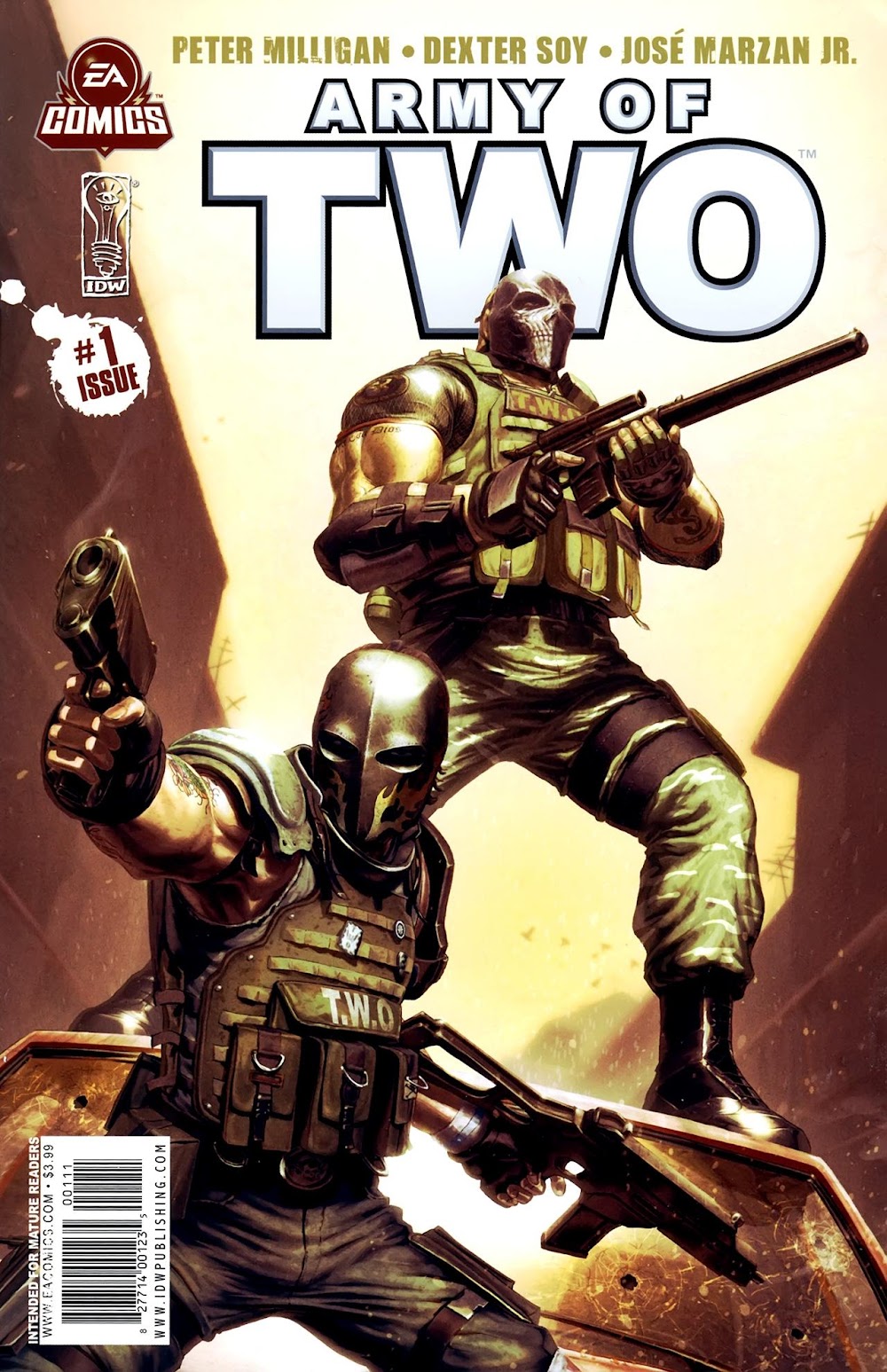 Coinciding with the release Army of Two: The 40th Day, this new ongoing monthly series, written by comics veteran Peter Milligan (X-Statix, Greek Street), follows ex-Army Rangers Salem and Rios as they form their own Private Military Corporation: Trans World Operations. But the pair get more than they bargained for as they are unexpectedly caught in a brewing war between the Mexican Army, drug cartels, and The Maras-one of the most powerful street gangs in Mexico!