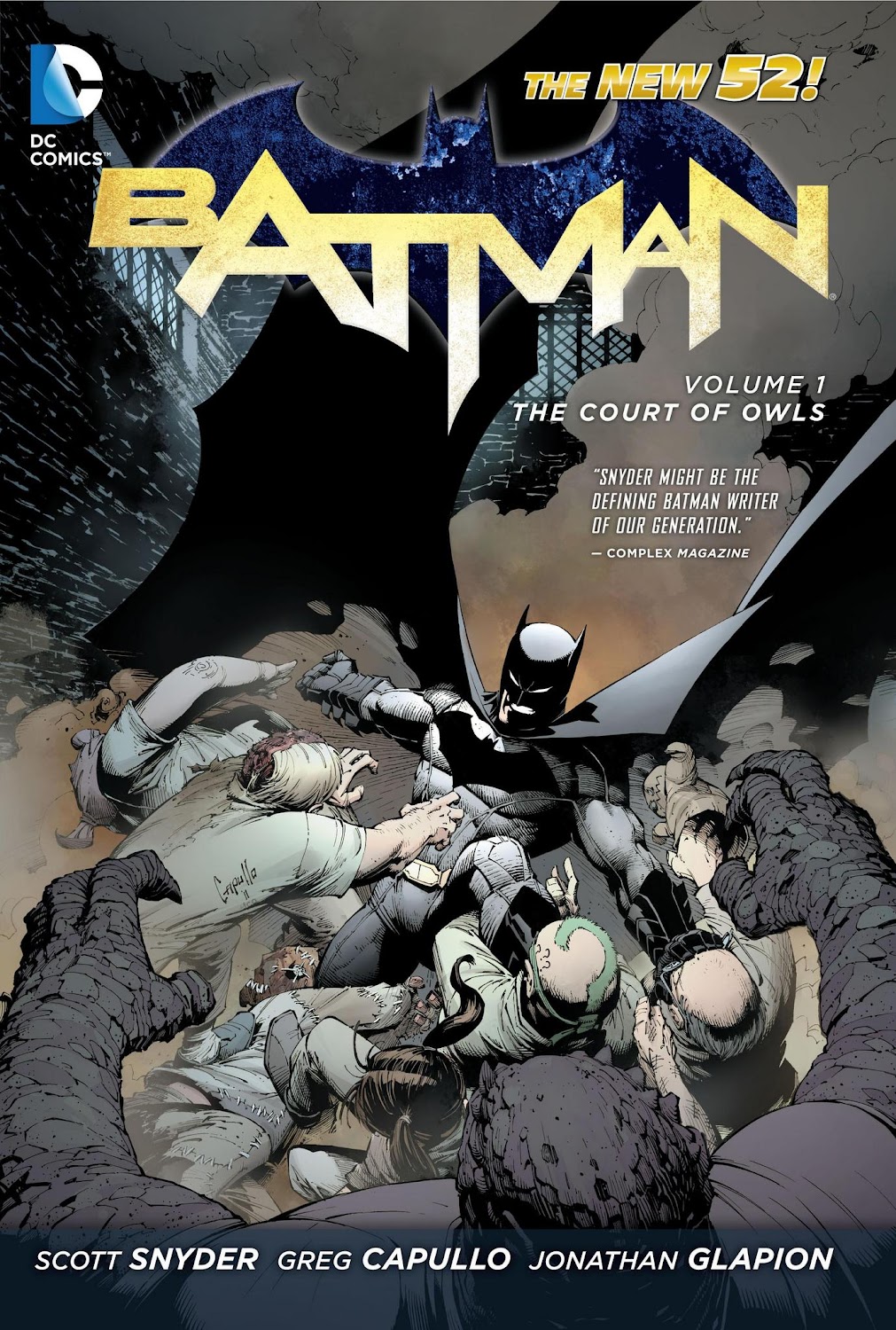 Following his groundbreaking, critically acclaimed run on DETECTIVE COMICS, writer Scott Snyder (American Vampire) begins a new era of The Dark Knight with artist Greg Capullo (Spawn) and a new beginning for BATMAN! In this hardcover collecting the first six issues, a series of brutal murders rocks not only Gotham City to its core but also the Caped Crusader himself when the prime suspect is one of Batman’s closest allies – Dick Grayson!