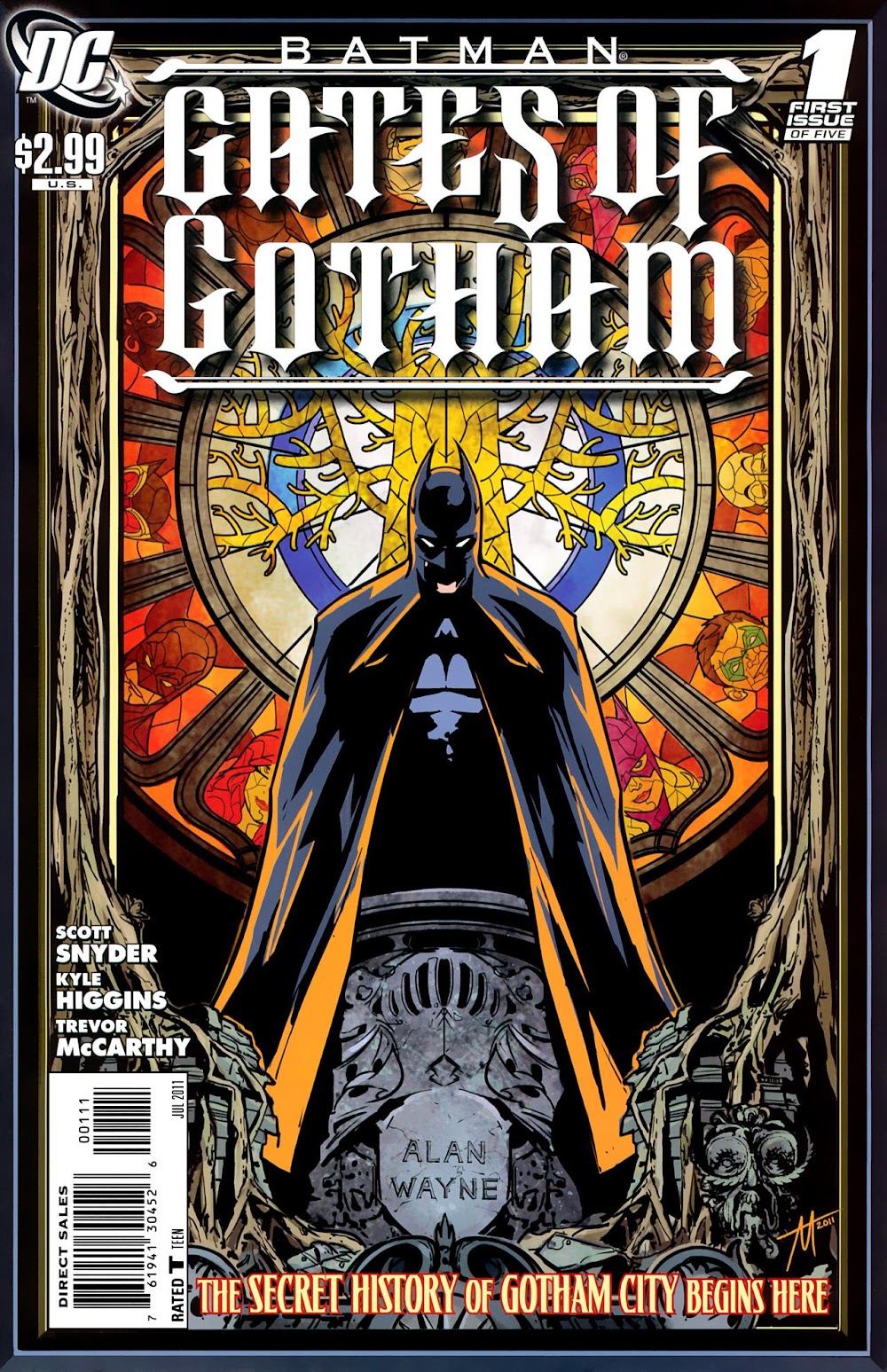 A five issue mini-series with plotting by Scott Snyder, scripting by Kyle Higgins, and art by Trevor McCarthy.

Gates of Gotham stars Dick Grayson as Batman, along with Tim Drake, Cassandra Cain, and Damian Wayne as they deal with a new threat who has appeared in Gotham City known as The Architect. Along with the mystery of who The Architect is, the villain brings with him connections to the history and crimes of Gotham’s past, involving some of the city’s oldest families including the Waynes, Elliots, and Cobblepots.