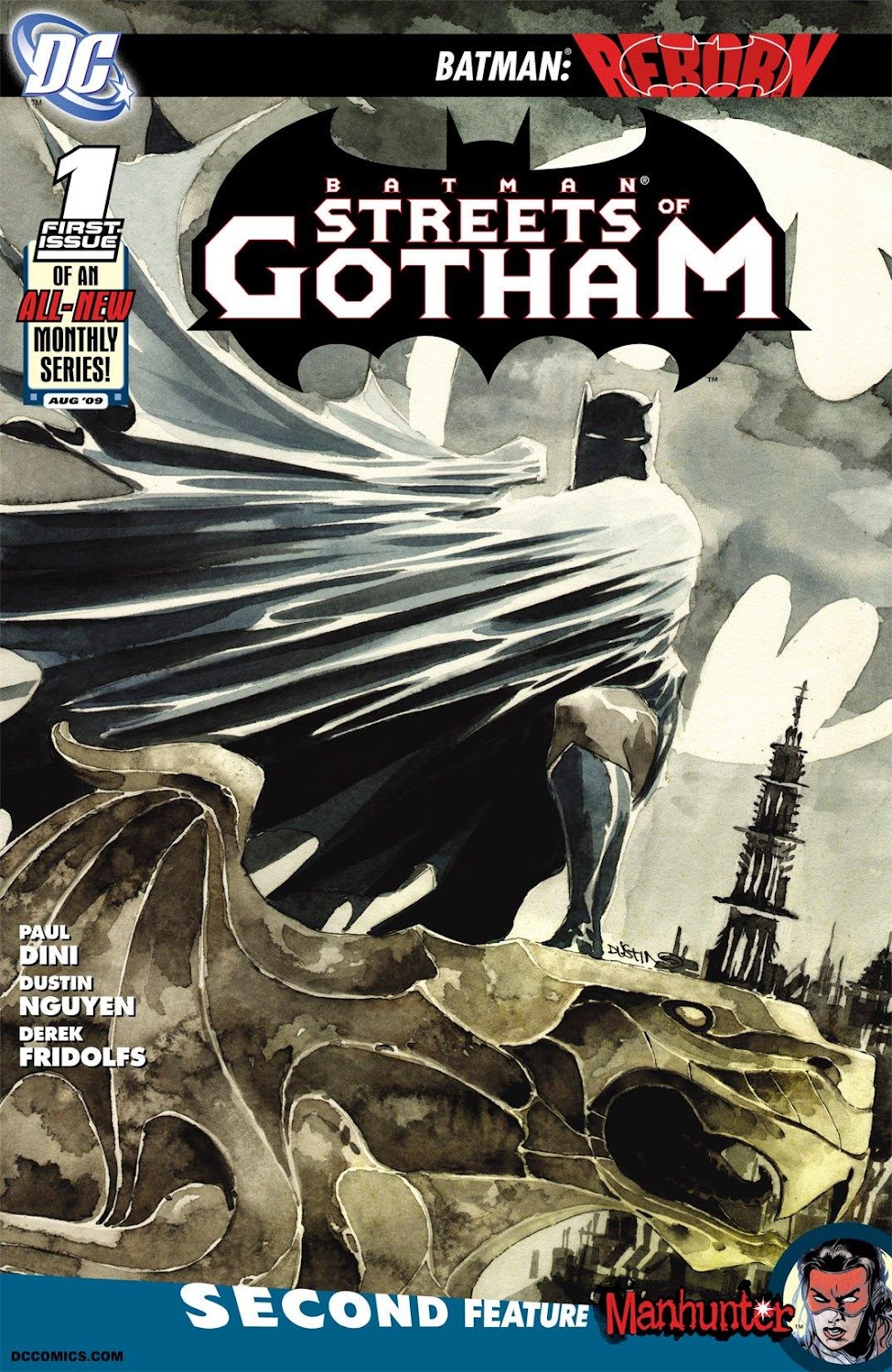 An all-new Batman series by the DETECTIVE COMICS creative team of Paul Dini and Dustin Nguyen! As a new Batman rises on the streets of Gotham City, the heroes, villains and citizens take notice. How will the police feel about this new Batman, and can he control the crime in Gotham the way the old Batman did?

This new series also features a regular ongoing co-feature starring Manhunter written by Marc Andreyko and illustrated by Georges Jeanty (Buffy Season 8)! Kate Spencer lost a friend during the chaos of BATTLE FOR THE COWL, and now she wants payback. As usual, she’ll use any means necessary to get it.