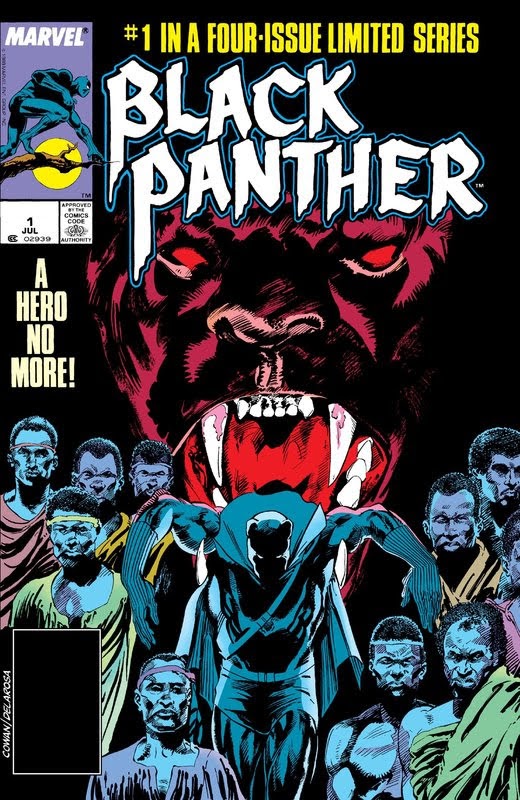 T’Challa became the Black Panther when the mystic Panther Spirit entered his body. But as the four-issue Limited Series opens, the Spirit has left him! And if he doesn’t regain it quickly, T’Challa’s going to lose more than his jungle-honed abilities — he’s going to become a man without a country too!

T’Challa in the beginning isn’t himself „feel[ing] as if something has left“ him, reffering to the Panther spirit which has left T’Challa in order to help a Black prisoner in Azania. While T’Challa is in the jungle two wild Panthers attack him and he is surpised as well is the whole Wakandan Nation when word spreads he was attacked by his wild brothers. It later becomes a big problem and citizens of Wakanda think the Panther spirit has left him. T’Challa in front of the nation asks Mendinao the oldest servant of the Panther spirit. He says the Ordeal of the White Ape is the only way to prove T’Challa is still worthy of his title and T’Challa respects his idea and goes through with it. T’Challa does get the plant leafs on top of the Ape’s mountain escaping the Ape by jumping off the mountain grabing a vine and runs from two big apes chasing him all the way back. Unfortunately, Moise Bomvana, one of T’Challa’s advisors used a detector device to weaken the Ape without T’Challa knowing. Moise thought the ordel was to savage and used it because T’Challa was hurt at the time and he didn’t want to see him get worse. Ndebele caught Moise and has him arrested and T’Challa is forced to lay down his rulership of Wakanda.