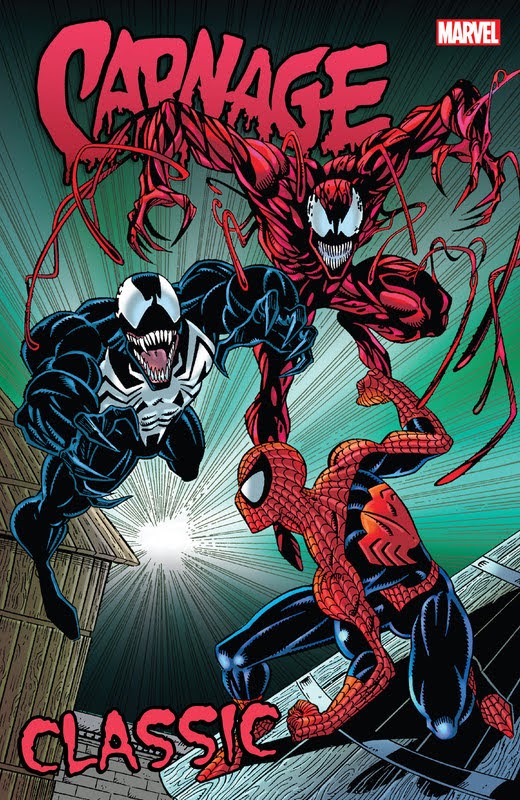 The serial killing symbiote’s sadistic spree starts here! As if Venom wasn’t lethal enough, imagine what would happen if his symbiotic „other“ had been joined to a murderous psychopath? That’s where Cletus Kasady comes in, as Venom’s symbiotic spawn transforms him into Carnage, Spider-Man’s sickest foe! Killing on a whim, Carnage is a painful, twisted thorn in the sides of Peter Parker, Ben Reilly, Venom even the Silver Surfer! An unstoppable force of nature, Carnage will unleash an onslaught of death but as far as he’s concerned, it’s a wonderful life!