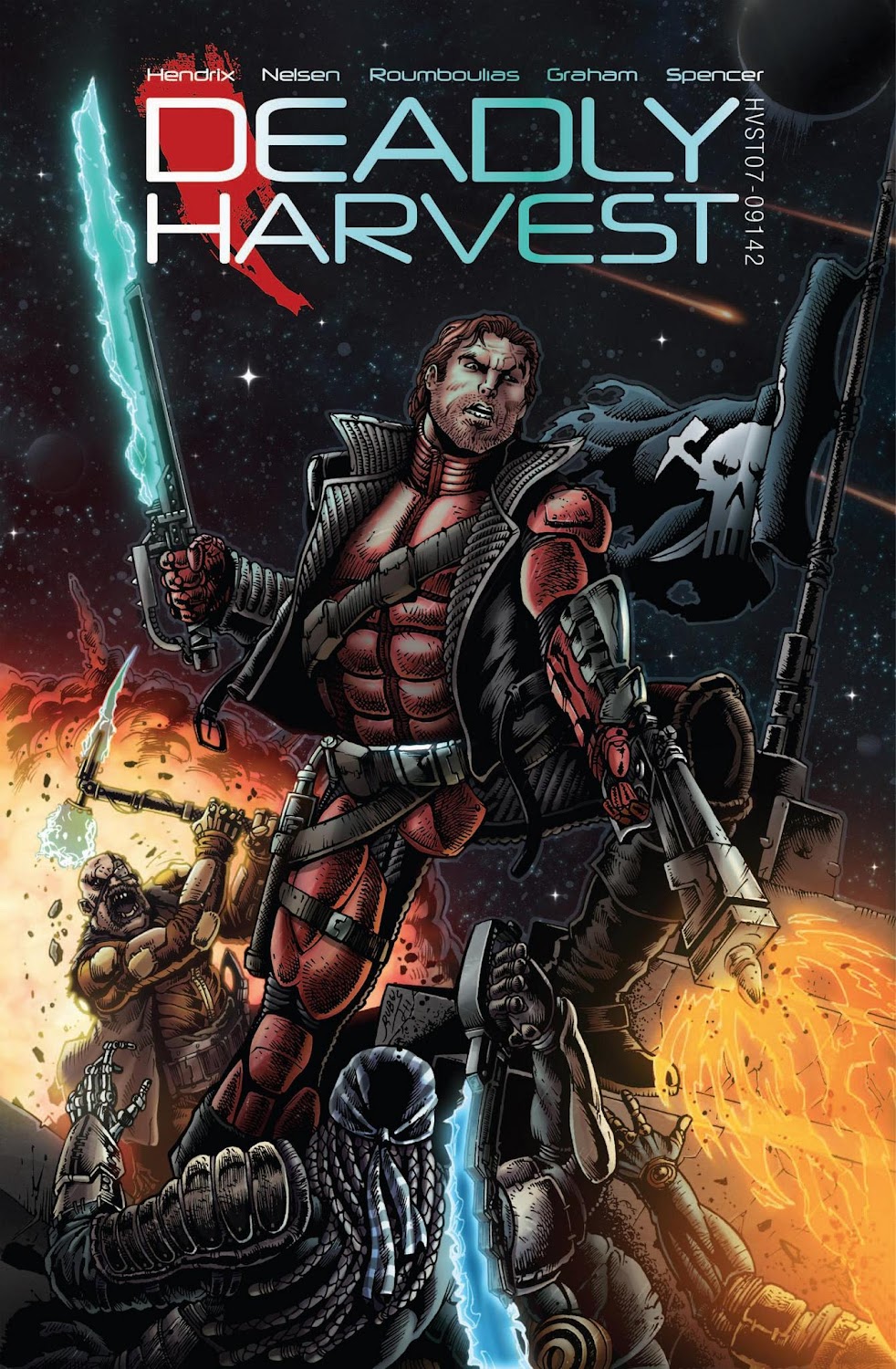 Collects DEADLY HARVEST #1-4! Core mining, the deadliest job in the galaxy, draws only the bravest, or craziest, workers around. Bumping up to asteroids, typically propelling at astronomical speeds towards distant stars, the miners harvest minerals essential to interstellar travel and commerce. Close quarters, dangerous conditions, and less than a half inch of polymer sheath stand between them and swift oblivion. When the Harvest Moon stumbles upon a goldmine dangerously close to a star, the last thing they expect to find is an ancient alien race preparing to hatch an infestation throughout the system. Armed with mining tools and sour attitudes, Captain Cyrus Layne and his crew must survive the horrors of space and an unfamiliar enemy to escape with their lives. It’s Deadliest Catch meets Armageddon and Aliens in a dystopian future.