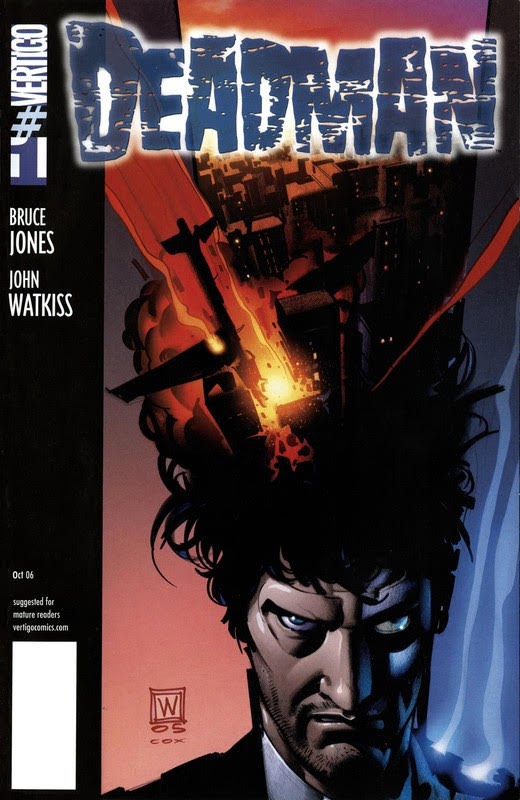 The superstar veteran team of fan-favorite writer Bruce Jones (NIGHTWING, THE WARLORD) and innovative artist John Watkiss (SANDMAN MYSTERY THEATRE, TRIGGER) explores the mysteries of life ? and love ? after death in this original re-imagining of the classic DC character. Combining over-the-top action and brain-tingling speculation, this is Deadman as only Vertigo could deliver in an ongoing series about sex and string theory; parapsychology and political conspiracy; where the „wonder years“ and the afterlife are just two dimensions of the same reality. Brandon Cayce is cocky young pilot for a major airline who likes to fly right and party all night. With his older brother Scott at the controls, Brandon is „deadheading“ a free flight with a hangover that won’t quit. Without warning, Scott deliberately crashes the plane into a downtown London skyscraper. Brandon is killed in a horrifying wreck, along with everyone on board. And his day only gets worse from there. To survive his own demise, Brandon must confront these riddles head-on, until he realizes that the person with the answers may be his late brother’s own wife ? a woman he once loved himself. And when he encounters her again, he finds that his love for her is one part of himself that will never die.