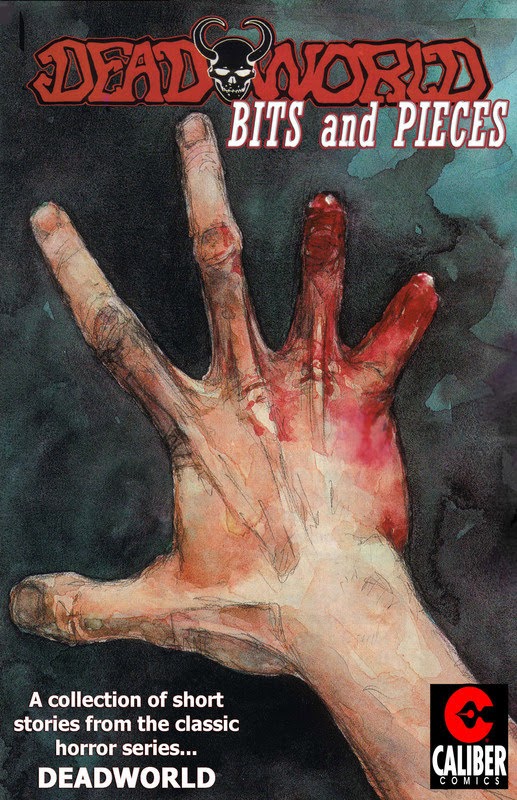 A collection of short stories from the pages of Deadworld, one of the longest running zombie titles in the comics market. It is a world that has suffered a supernatural holocaust and the dead rise to walk again. Yet this world also has intelligent zombies, such as the Harley-riding, chain smoking King Zombie and they threaten to drive humankind into extinction. Included in this collection is the very first Deadworld story, „Black Sabbath“. The classic tales illustrated by the artist known as „the Deadworld artist“, Vince Locke, are presented as is the introduction to one of Deadworld’s most popular characters, the Dead-Killer. In Deadworld, death is only the beginning of the horror and this action packed assemblage of tales set in this zombie infested world illustrates perfectly the dilemma the humans face, not only from the hordes of zombies but from other humans themselves.