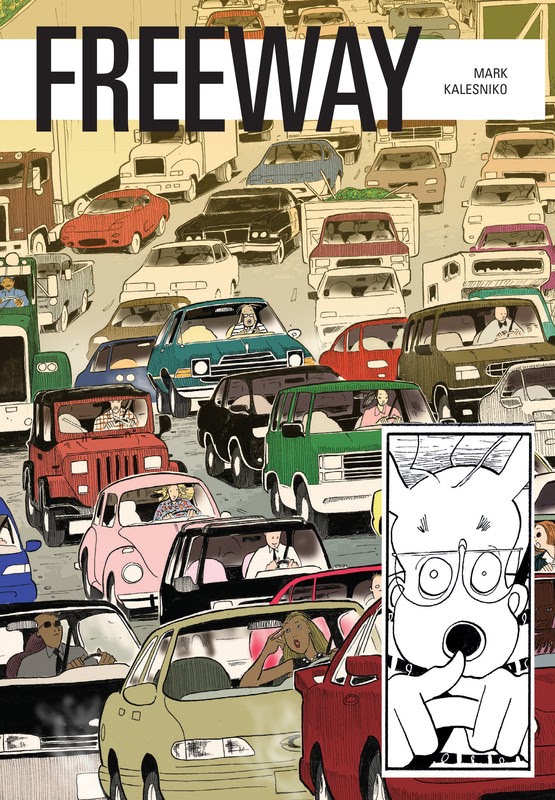 Alex Kalienka is in an awful jam.

Literally, a traffic jam but figuratively, his whole life is a mess. A dream job turned nightmare at the biggest animation studio in the world. A love affair that is not what he imagined. And possibly someone with a life-threatening grudge against him.

In his first new graphic novel since 2001’s acclaimed Mail Order Bride, Mark Kalesniko compresses an entire life into a single day as the frustrated animator, stewing on a pitiless California freeway, alternately rages, reminisces, fantasizes, and hallucinates intercut with a series of imagined moments from two generations ago, the Golden Age of animation, when an earlier Alex made his entry into a much different professional world.

Loaded with fascinating insider gossip and historical details on two different eras of animators, skipping seamlessly among the present and several different pasts, reality and fantasy, Freeway is another step forward for a major cartooning talent.