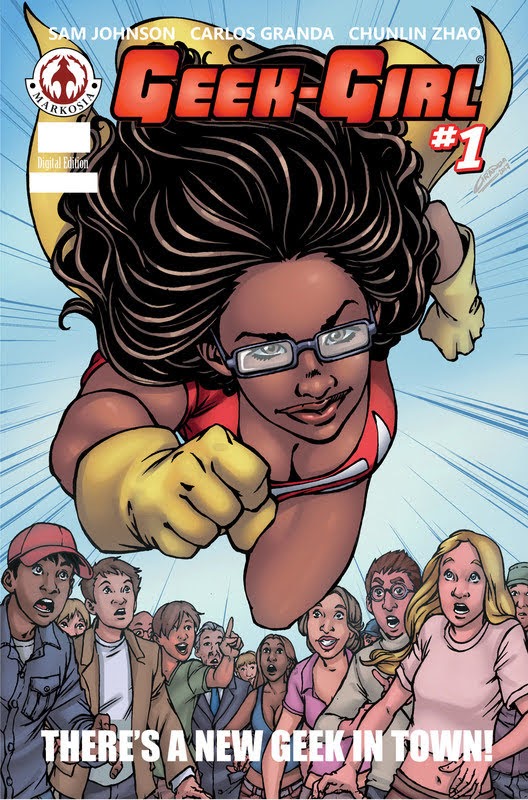 After ‚Little Miss Popular‘ Ruby Kaye landed a pair of power-inducing super-tech glasses from her college’s resident brainiac, Ruby alienated the majority of her clique while klutzily trying to demonstrate her newfound abilities – accidentally knocking drinks over their expensive designer dresses. Her BFF Summer James was into what Ruby could do now, though – and pushed her into trying to be a super-hero – jokily giving her the moniker ‚Geek-Girl,‘ following her actions. In a desperate fight to save her city of Maine from mysterious new villain Lightning Storm, Ruby gave her all and neither she nor Lightning Storm were left standing. Now, new-crooks-on-block The League of Larcenists look to grow in number and capitalize on the hole in law enforcement left by Lightning Storm. And in Ruby’s absence, Summer has picked up the glasses and taken on the mantle of Geek-Girl