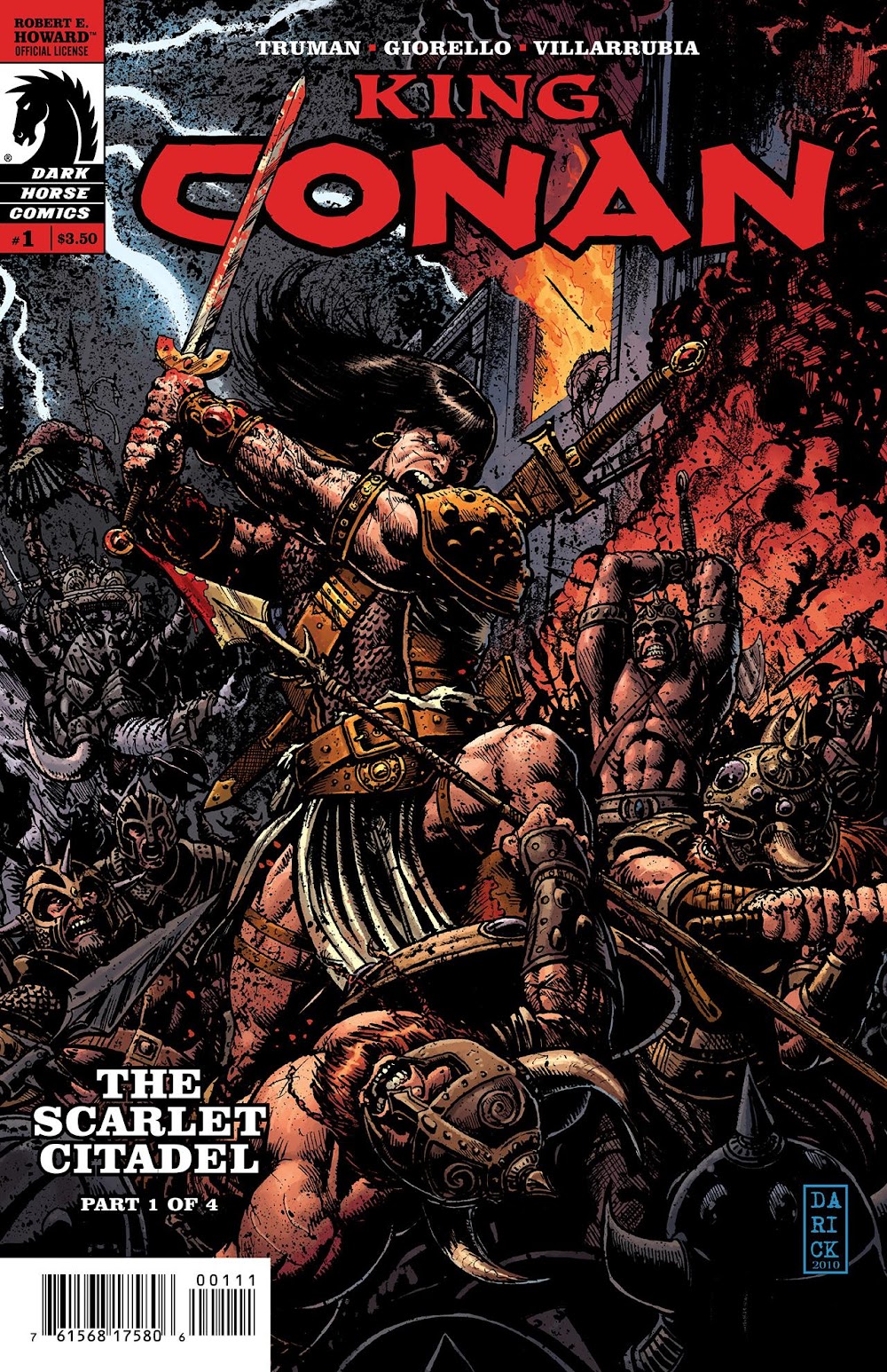 A thrilling new era begins, as Dark Horse launches its first miniseries devoted entirely to the trials and exploits of Robert E. Howard’s King Conan! Timothy Truman, Tomás Giorello, and José Villarrubia the monthly team behind the critically acclaimed Conan the Cimmerian run jump many years forward in the barbarian’s life to a time when he’s already crowned himself ruler of Aquilonia, as they adapt the beloved King Conan story, „The Scarlet Citadel.“ With covers by fan–favorite Darick Robertson, this fast–paced, standalone miniseries is sure to please fans of breathtaking artwork and edge of your seat adventure and it’s a great introduction to Howard’s tales of King Conan!

* A thrilling adaptation of one of Robert E. Howard’s most beloved Conan stories!