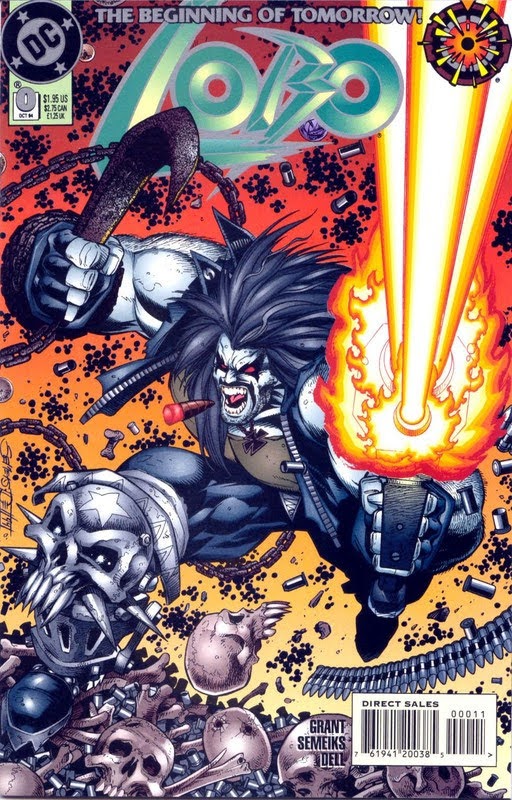 In space, no one can hear you frag. By popular demand, Lobo hits the comic shops in his very own ongoing monthly series, without a ‚Suggested for Mature Readers‘ label! Now everyone can get in on the action and fun month after month. It’s the Lobo series you’ve been clamoring for – an action-packed fragfest, brimming over with good-natured gratuitous violence and twisted humor. The series gets under way with Lobo out on a typically destructive night on the town. What follows is a stop at Al’s Diner for a few brews with some appalling violence, and then a trip to the local bounty office where the Main Man takes an assignment to bring in Qigly, the universe’s most feared, loathed and powerful…accountant. Things take an ugly turn when Lobo meets heavy opposition from the Dead Boys, a bunch of bastiches with their own reasons for holding onto Qigly.