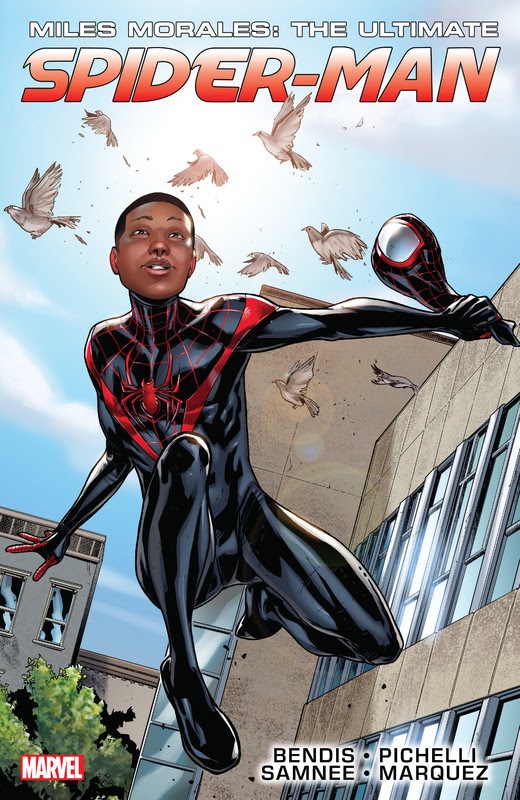 Miles Morales takes up the mantle of Spider-Man! Before Peter Parker died, young Miles was poised to start the next chapter in his life in a new school. Then, a spider’s bite granted the teenager incredible arachnid like powers. Now, Miles has been thrust into a world he doesn’t understand, with only gut instinct and a little thing called responsibility as his guides. Can he live up to Peter’s legacy as Spider-Man? As Miles grapples with his new life, Miles‘ Uncle Aaron A.K.A. the Prowler learns his secret! He’s got plans for his nephew, but little does he know that the Scorpion is on his tail! Plus: Universes collide, and the wall crawlers of the Marvel and Ultimate Universes unite in the most ultimate, amazing Spider-Man story ever!