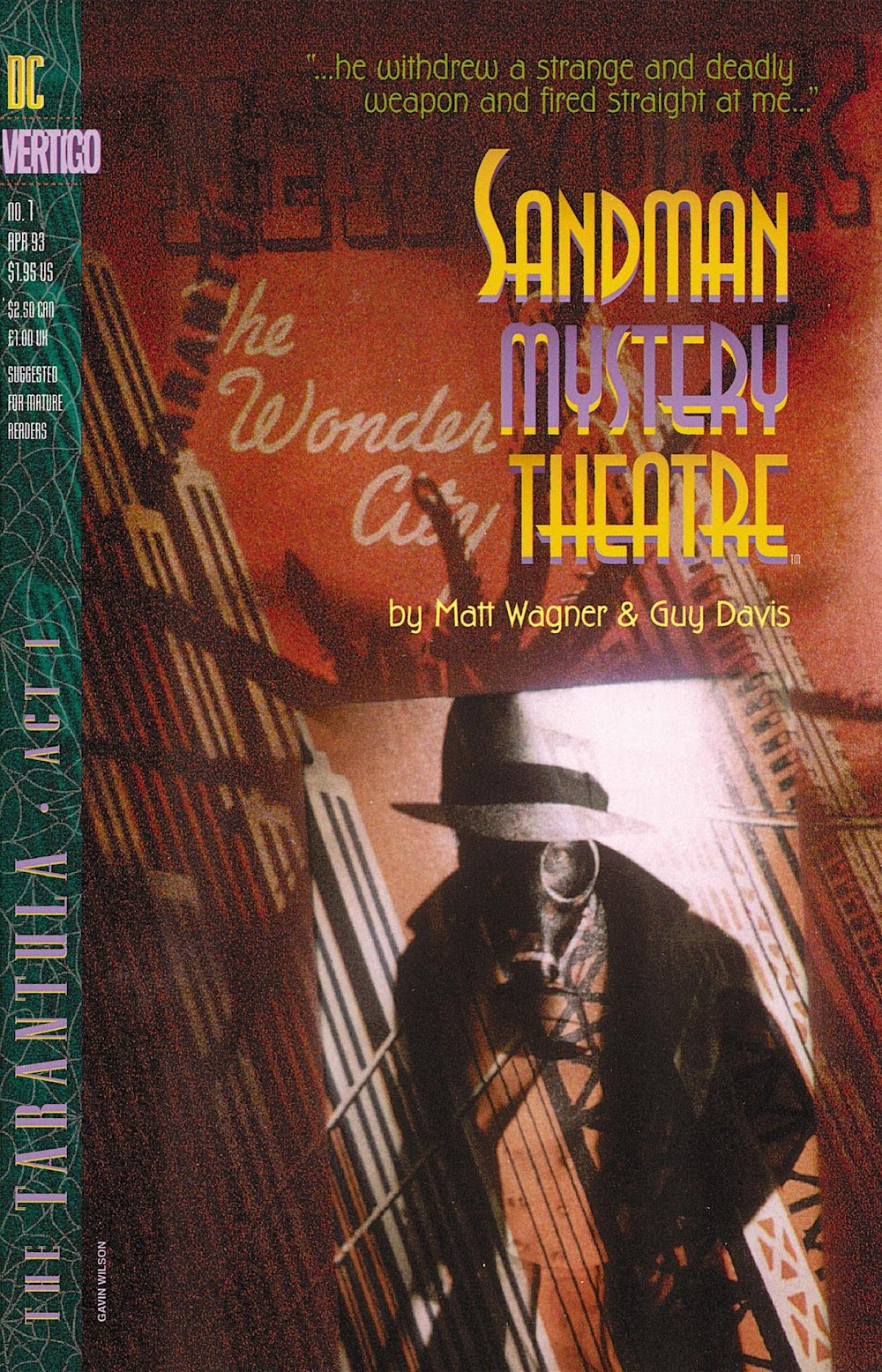 In the span of years when Morpheus of the Dreaming was held captive by a human sorcerer, the universe knew someone was missing and tried to replace him. In the late 1930s, haunted by dark dreams, Wesley Dodds, a quiet, studious man, the heir to a fabulous fortune, took to wearing a gasmask and going out at night to battle bizarre criminals with names like the Tarantula, the Mist and the Phantom of the World’s Fair. Dodds put his foes to sleep with gas and sprinkled sand on them. Somewhere along the line, they took to calling him the Sandman.

The curtain goes up on SANDMAN MYSTERY THEATRE! Matt Wagner is the regular writer, with rotating artists on each story arc. The first storyline is drawn by Guy Davis. Together, Wagner and Davis team up to create baroque new tales of a mysterious night avenger, combining the relentless plotting of a hardboiled detective novel and the subtle psychological ambiguities of classic film noir. In the premiere issue, Dodds follows the trail of the Tarantula, a mysterious kidnapper who wants the last dance on every young woman’s card.