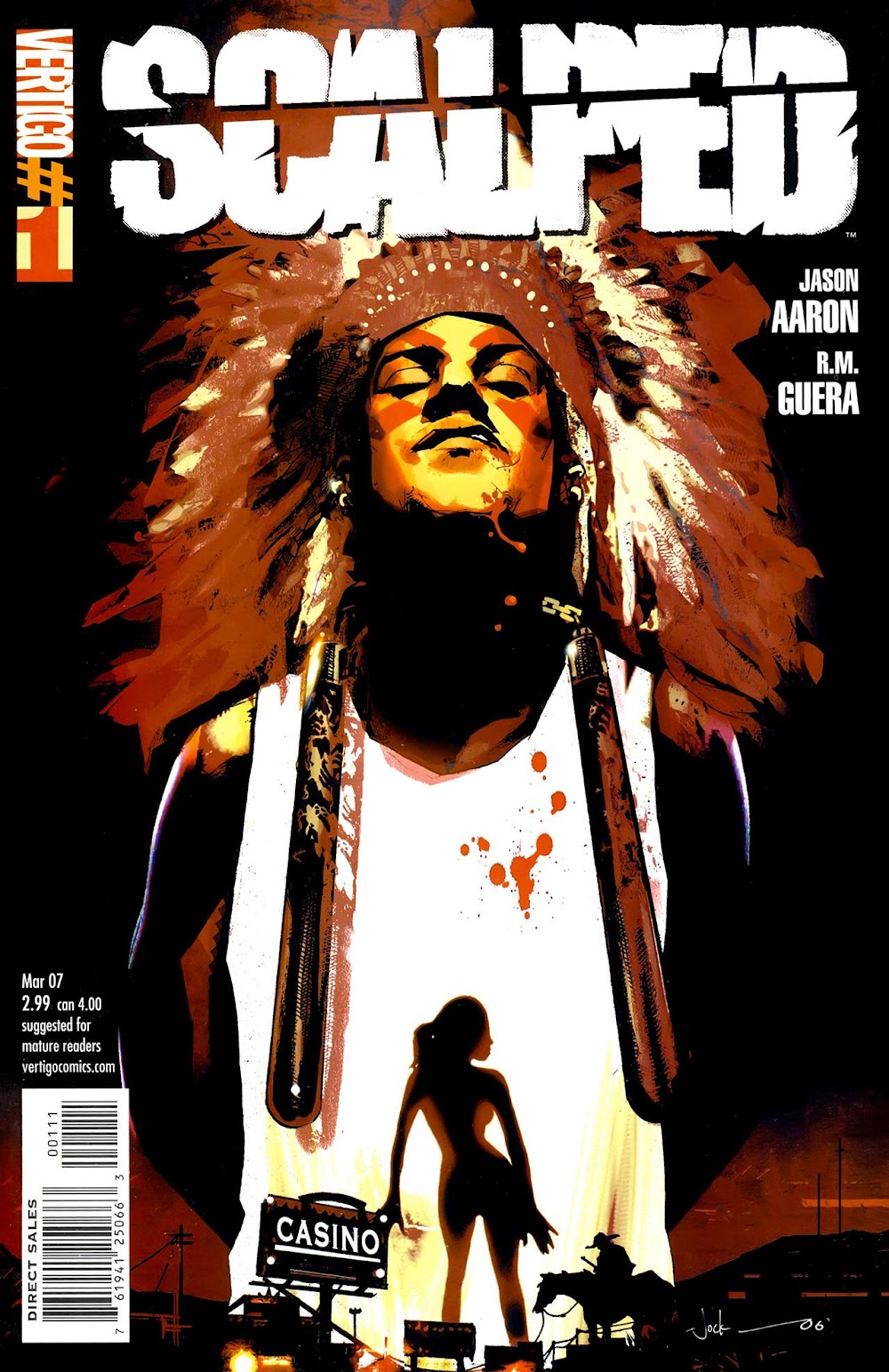 Writer Jason Aaron and artist R.M. Guera mixed crime and Native American culture in „Scalped.“ The Vertigo series began to undercover agent Dashell „Dash“ Bad Horse as he returned home to Prairie Rose Reservation to infiltrate the tribal leader’s criminal organisation. Hired to be a cop by the reservation, Dash soon found himself caught up in the reservation’s problems and became conflicted between life as an FBI agent and as a tribe member. „Scalped“ remains a brutal noir thriller that is not scared to reflect the grim reality of life for many modern-day Native Americans.