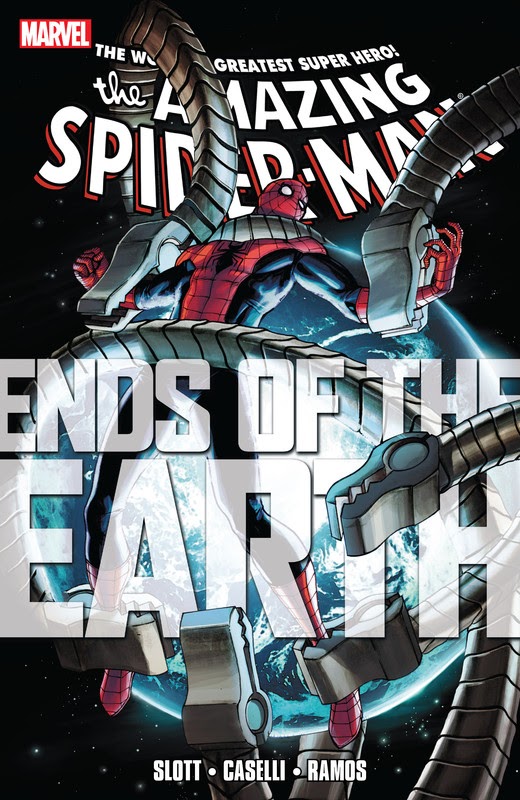 The Doc Ock story you’ve waited 50 years for! Dr. Otto Octavius holds the entire Earth hostage with his dying breath. The world may be ready to give in to his demands, but Spider-Man and his fellow Avengers sure aren’t! Spidey and the Avengers face off with the Sinister Six in a globe hopping showdown, but the stakes are dangerously raised when Sandman takes control of the entire Sahara desert! The Earth inches ever closer to destruction so how does Doc Ock suddenly become its greatest hero? Why do the Avengers become his new Sinister Six? And what price will Spider-Man pay to buy the whole world one more day?! Guest starring Black Widow, Silver Sable, Union Jack, Big Hero Six and Dr. Doom!