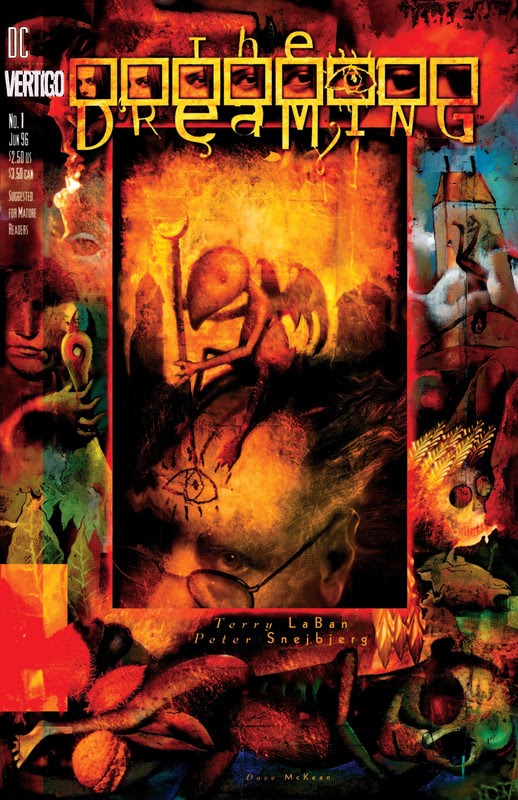 Do you want to visit your greatest dream or relive your most terrifying nightmare? Welcome to The Dreaming!

The Dreaming was the first ongoing spinoff of The Sandman, which had concluded months earlier. Originally intended as an anthology, with rotating creative teams telling self-contained tales, the series was retooled as of issue 22 and Caitlín R. Kiernan and Peter Hogan were made the sole writers of the series (Though Hogan left the series after issue 32). From this point on, The Dreaming now focused on telling a continuous storyline following a consistent group of characters.