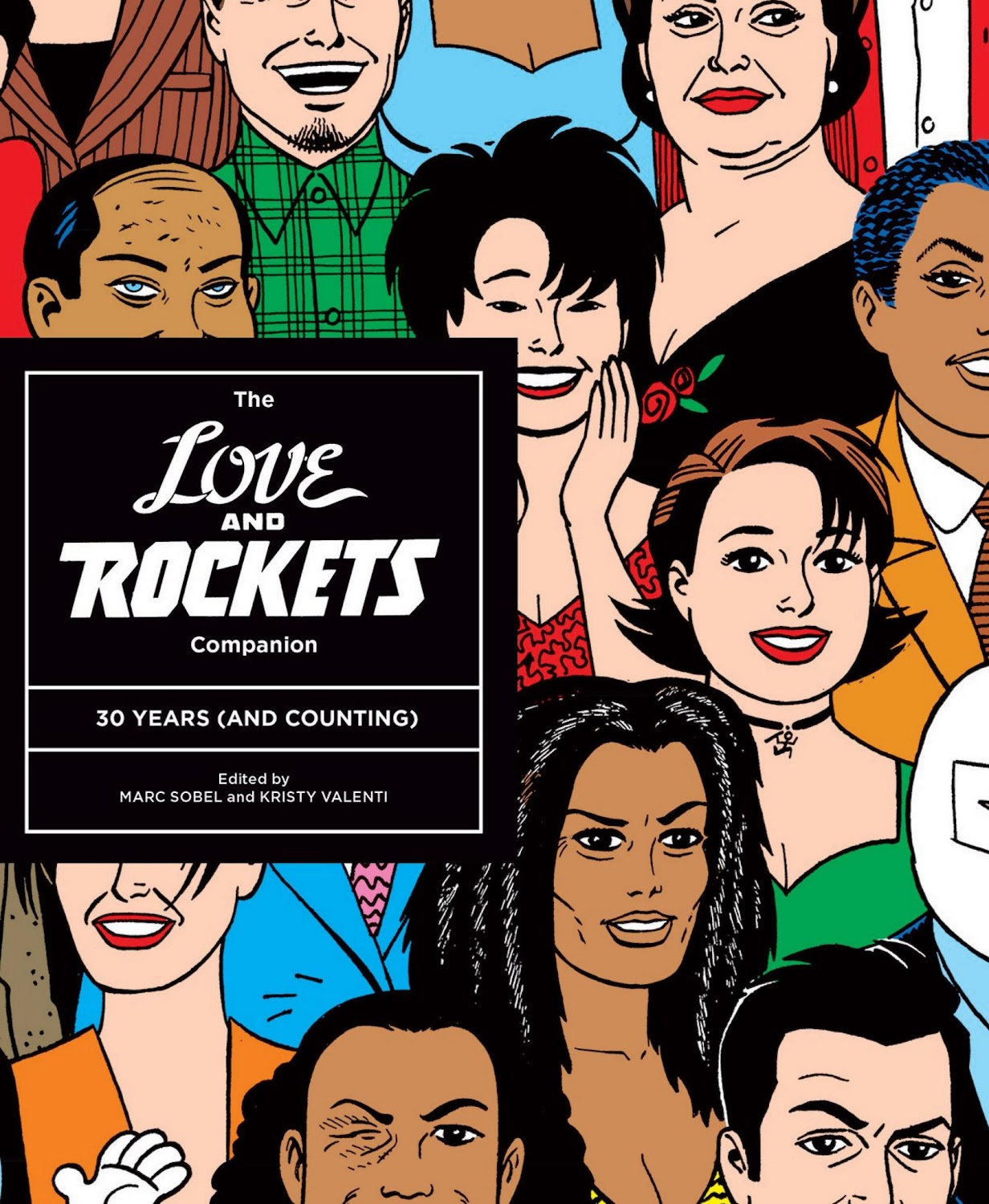 The Love and Rockets Companion: 30 Years (and Counting) contains three incredibly in-depth and candid interviews with creators Gilbert, Jaime and Mario Hernandez: one conducted by writer Neil Gaiman (Coraline); one conducted some six years into the comic’s run by longtime L&R publisher Gary Groth; and one conducted by the book’s author, spanning Gilbert’s, Jaime’s and Mario’s careers, and looking to the future of the ongoing series, with a follow-up conversation with Groth. This book has foldout family trees for both Gilbert’s Palomar and Jaime’s Locas storylines; unpublished art; a character glossary (which is handy, considering that Gilbert alone has created 50+ characters!); highlights from the original series’ anarchic letters columns; timelines; and the most wide-ranging Hernandez Brothers bibliography ever compiled, including album and DVD covers, posters and more. The obsessive-yet-accessible detail and high production values make it a must-have for comics collectors, scholars, libraries and old and new fans alike: for those new to the series, it will make jumping in seem less daunting. For longtime fans, it clears up confusion that even those devoted to the groundbreaking alternative comic over its 30-year run can experience, given the sheer amount of material and sophisticated storytelling techniques (such as flashbacks, flash forwards, elliptical narrative and magical realism).