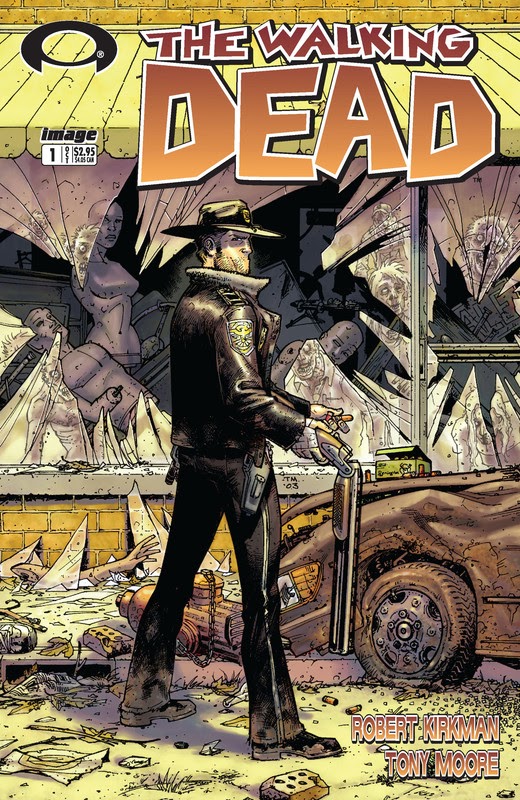 The Walking Dead centers around Rick Grimes, a former police officer who was shot in the line of duty and wakes up from a coma after the world has succumbed to the zombie plague. Dazed from months in the hospital, and confused as to why he can’t find anyone alive, he makes his way home only to find his wife and son missing. The only survivors are Morgan and Duane who adopted Rick’s neighbors house as their new home since the area appeared less infected. After Morgan tells Rick the cities would be safe, Rick packs up supplies from his police station and travels to Atlanta in search of his family.

Arriving in the city on horseback, Rick is overcome by a horde of zombies and narrowly escapes death with the aid of another survivor named Glenn, who has been scavenging the city for supplies. Glenn takes Rick back to a camp just outside of town where Rick’s wife Lori and son Carl happen to be living with a small group of survivors, all alive and well. His partner and best friend Shane had taken Lori and Carl to the outskirts of Atlanta where they wait for rescue by the US Government.