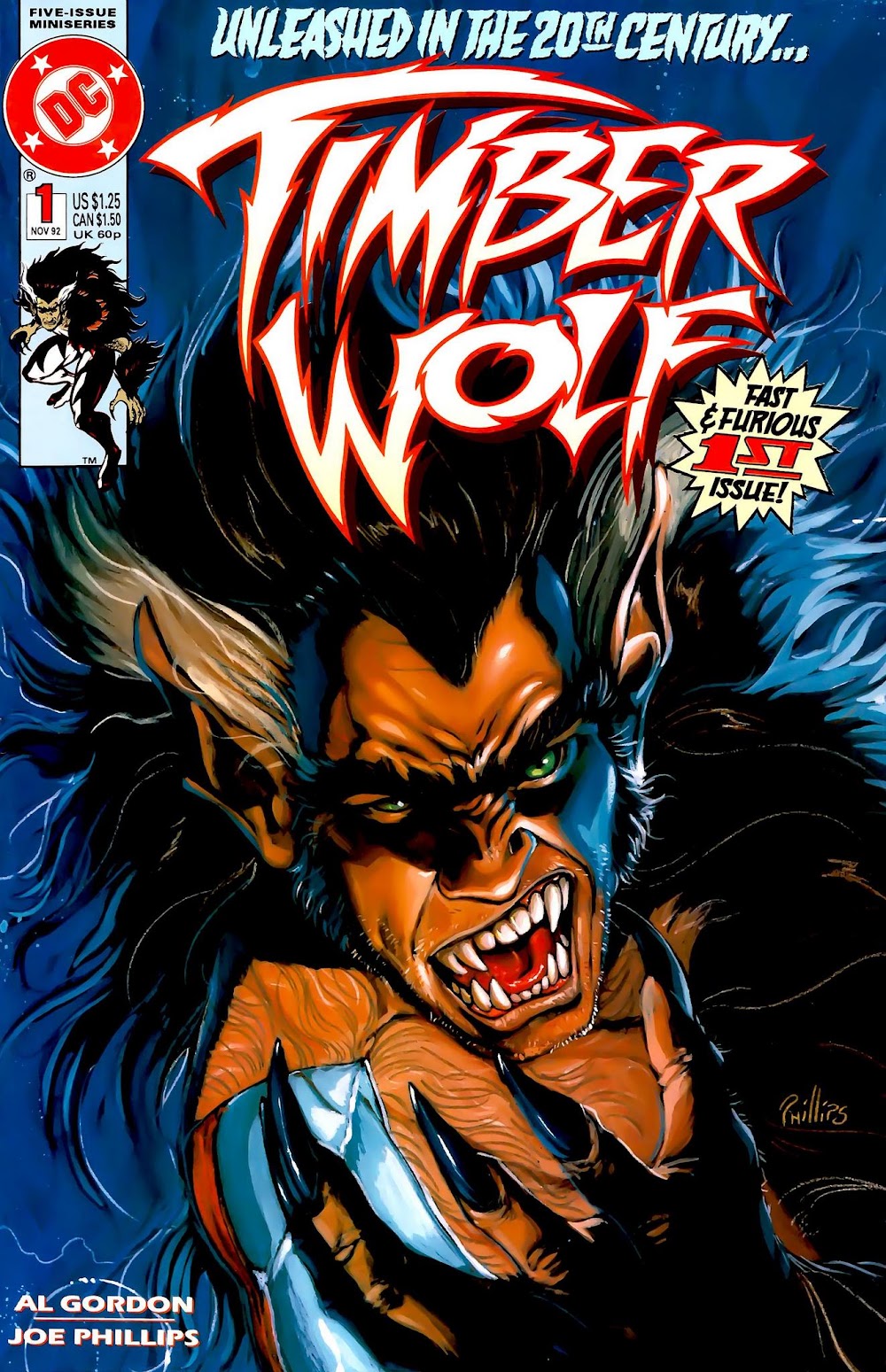 Fresh from his success in Legion of Super Heroes (1989) Annual #3 comes Timber Wolf, the rough-and-tumble beast-man whose heart is in the right place…even if the rest of him usually isn’t. Set in the 20th century, TIMBER WOLF is a hard-hitting action-adventure story about our hero’s encounter with Thrust, a new character with a major streak of ultra-violence! You’ll also meet Point Force, a government-sanctioned group of paranormals, who can’t, at first, decide whether to incarcerate Timber Wolf or recruit him.