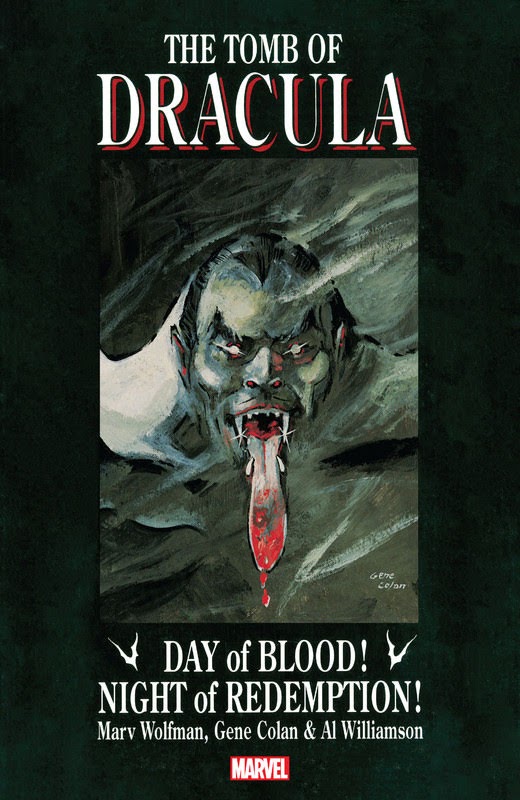 Experience Dracula’s terrifying return in this lavishly illustrated tale of horror! Supernatural dream team Marv Wolfman, Gene Colan and Al Williamson reopen the Tomb of Dracula in this prestige format series for Marvel’s Epic imprint collected for the first time! Dracula is dead but his last living descendant, Frank Drake, is being manipulated by a shadowy occult investigator who plans to revive the lord of the vampires! But when Dracula comes roaring back to life, can Blade the Vampire Hunter be far behind? The vampire king is once again free to stalk the Earth, but the world has changed much in his absence. As Dracula targets Frank’s wife and concocts a gruesome scheme to obtain power via human sacrifice, can Drake, Blade and their ragtag band return him to his eternal grave?