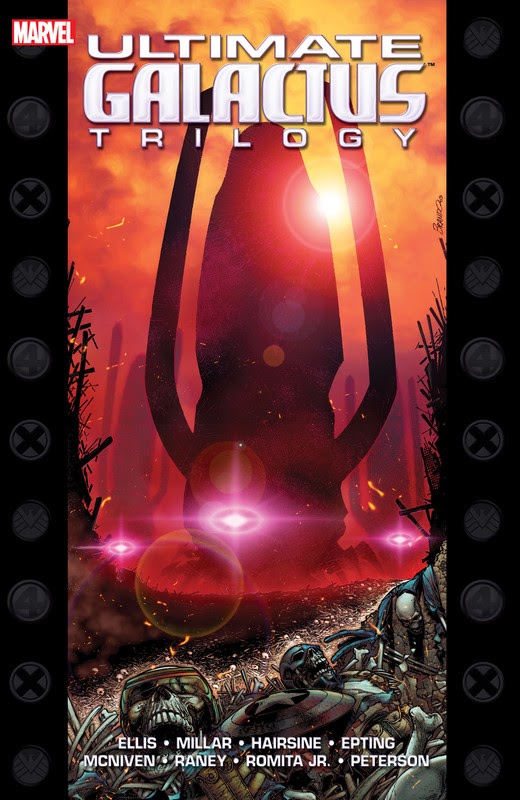 Known and feared throughout the universe, it is a cosmic abomination that eradicates organic life and consumes planets and the Earth is directly in its path! The world’s greatest heroes the Ultimates, the X-Men and the Fantastic Four have joined forces against the menace, aided by mysterious mechanoid Vision, high tech soldier Sam Wilson, extraterrestrial champion Mahr Vehl and Nick Fury’s elite intelligence agency S.H.I.E.L.D. But can anything stop the unimaginable power of Gah Lak Tus? Find out in this dark sci-fi thriller by Warren Ellis, featuring the Ultimate debuts of the Falcon, Captain Marvel, the Silver Surfer and more!