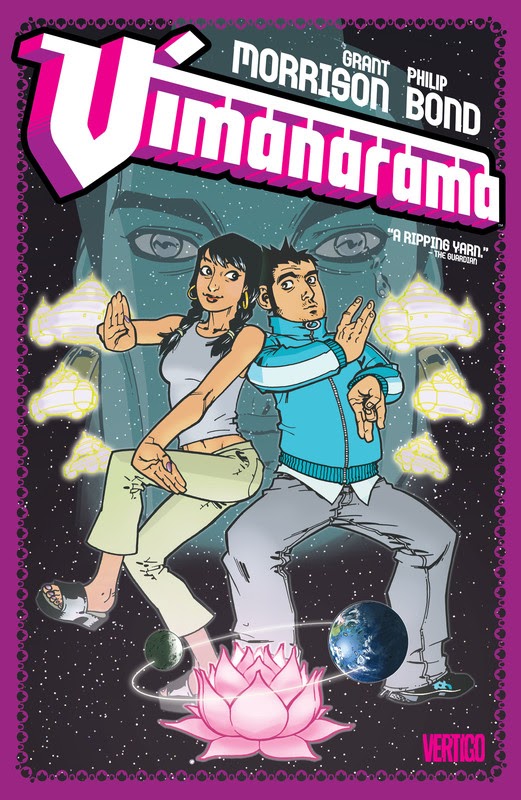 From the fertile mind and nimble fingers of writer Grant Morrison and artist Philip Bond comes the latest in multiculturalist spectacle! Color, song and cosmic violence collide in VIMANARAMA, collecting the 3 issue Vertigo miniseries that fuses East and West together into a transcendental delight of romance and danger. Feel the Earth tremble as 19 year old grocer’s son Ali and his beautiful arranged bride Sofia accidentally unleash an ancient race of unimaginable evil from beneath Bradford, England, then summon the equally powerful Prince Ben Rama and his Ultrahadeen to do battle against them. Shudder as Ben Rama reveals his love for Sofia, the reincarnation of his immortal soul mate, only to lose all his power at her hesitation. And thrill to the final battle between good and evil, played out over the ancient land of Atlantis together with the consummation of the ultimate end of the world love story. All this and more awaits you in VIMANARAMA, the best of all worlds!