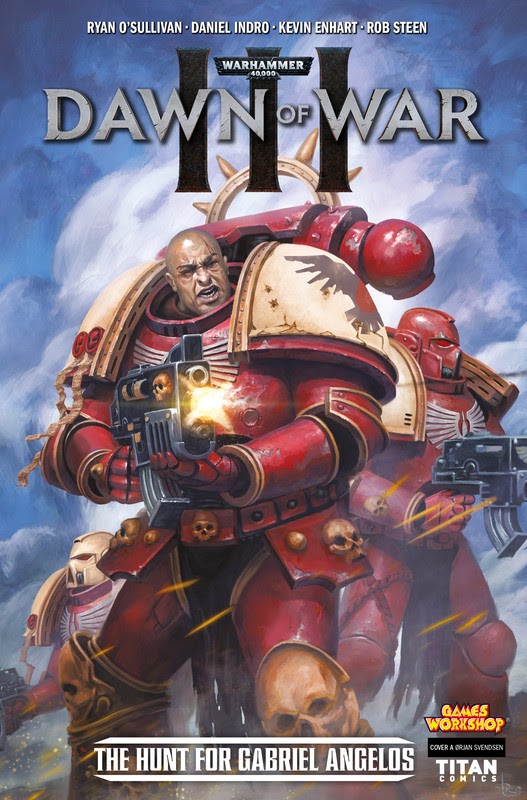 Ties in directly to the story told in the brand new Dawn of War III videogame an all new adventure that you won’t see on screen!

A squad of Blood Ravens Space Marines face their toughest challenge yet, as they search for their chapter master behind enemy lines!

The Blood Ravens Chapter Master Gabriel Angelos is missing in action, at a time when the Space Marines under his command need him most. The orks are massing on Cyprus Ultima, and the threat of the eldar refuses to lessen. With the future of the war resting on Angelos’s leadership, superhuman abilities and ancient weaponry, acting commander Balthazar tasks a small squad of close allies to track down the Chapter Master, but they’ll need to strike far behind enemy lines, travel light, and think faster and fight harder than ever before, if they’re to prevail!