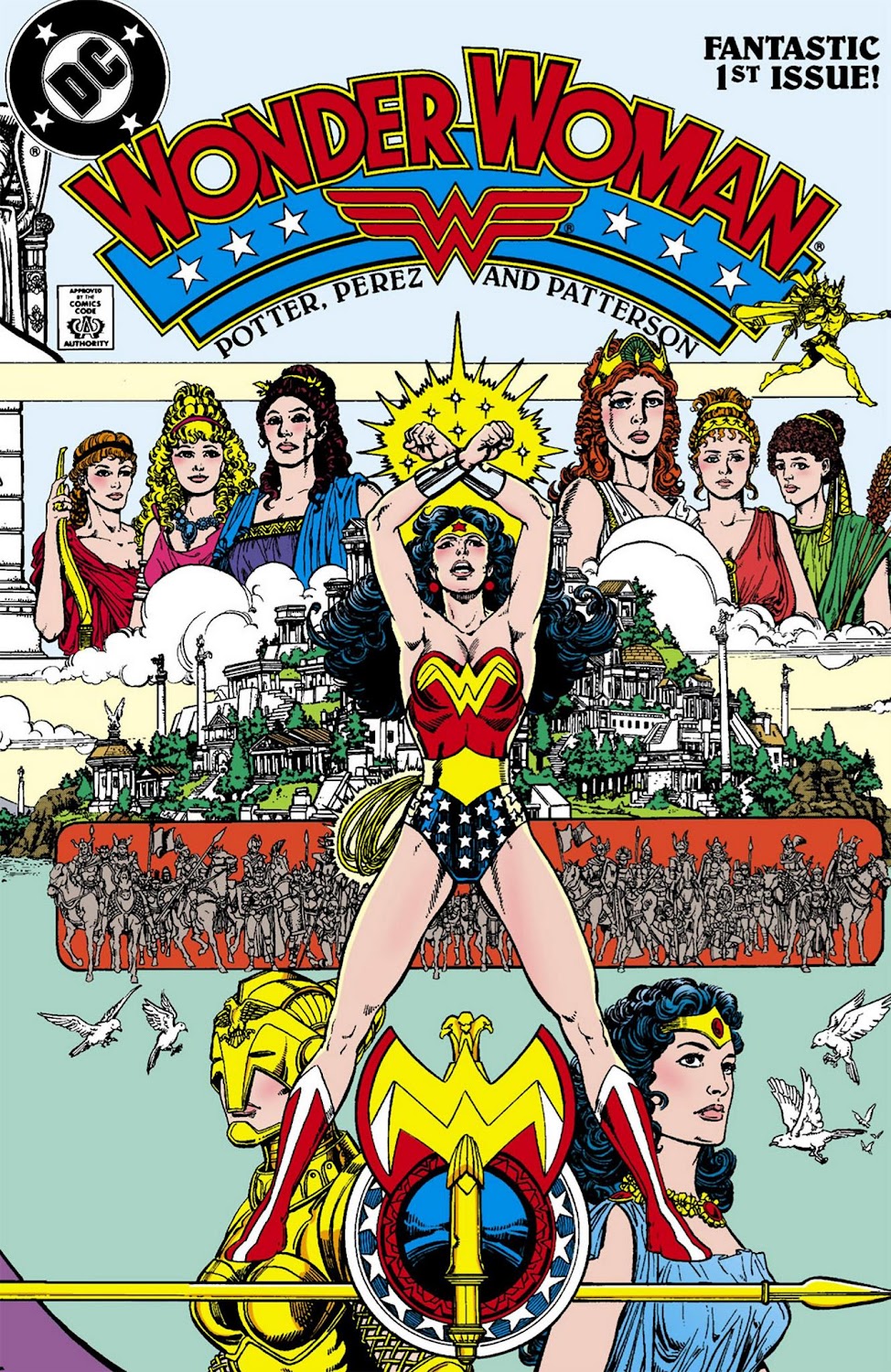 The first panel in this issue is during 30000 BC where a caveman does not consider himself a man, owing to the fact that he has lost his hand to a sabertooth tiger. He enters a cave and finds a woman in there. He hides in the shadow so the woman cannot see him. The woman approahces offering solicitude, but the man misinterprets her actions as pity, and for that he kills her. Her soul is then pulled away.

Now, 1200 BC, on Mount Olympus, the gods are arguing. Artemis wishes to create a new mortal race, but Ares says that if that happens, he is to take lead. Artemis does not want that to happen as she fears the mortals will fear the gods rather than look up to them. Athena backs Artemis, saying that Ares will eventually destroy them all. The debate then moves on to the sex of the new race. Zeus is angry, saying that it doesn’t matter if the race is created or not, as it should be left with the gods who are involved to settle it themselves. Artemis then asks Hera to intervene for her against Zeus, but she doesn’t want to as Zeus is still angry. Ares also leaves angry, stating that all gods, even Zeus shall be under his thumb. The gods and goddesses involved proceed with the plan, along with Zeus‘ blessings. Artemis, Athena, Demeter, Aphrodite and Hestia travel to Hell, where Hades lives, to the Cavern of Souls. This was the place where Gaea had gathered souls of tortured women. The goddesses casted a spell which transported the souls to Greece where they are used on Amazons. The first one is Hippolyta and then Antiope and grants them the gifts of the goddesses. Hippolyta is made queen as the both of them are given the Girdles of Gaea. However, one soul remains, and that one is yet to be used.