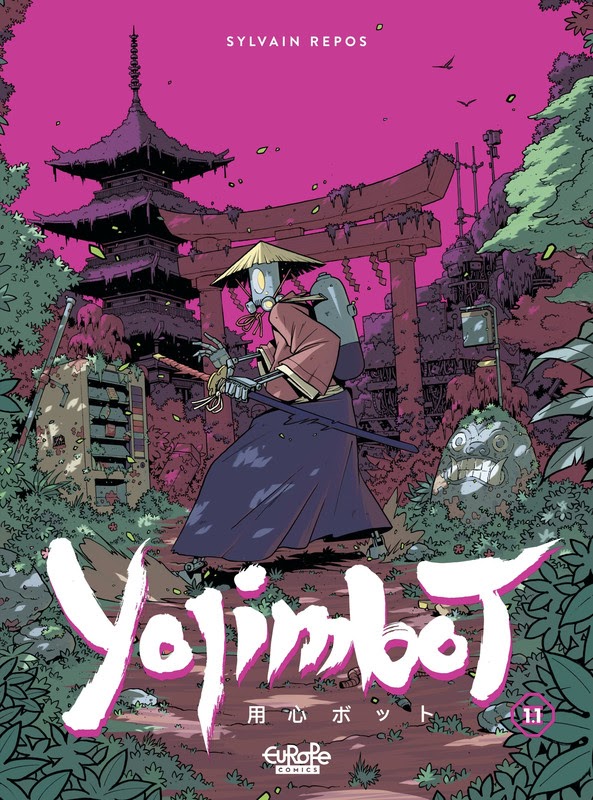 In a dystopian not too distant future in Japan, Hiro lives with his father on an island populated by androids, where they eke out a meager existence while trying to keep out of sight. But when they run afoul of a troop of high-tech military thugs, Hiro’s dad sacrifices himself to save his son, turning Hiro’s already bleak world upside down. He is then rescued by a samurai robot called a “yojimbot,” and together they seek to avenge his father’s death and make contact with a mysterious associate known only as the “rights holder,” before the soldiers and their drones close in.