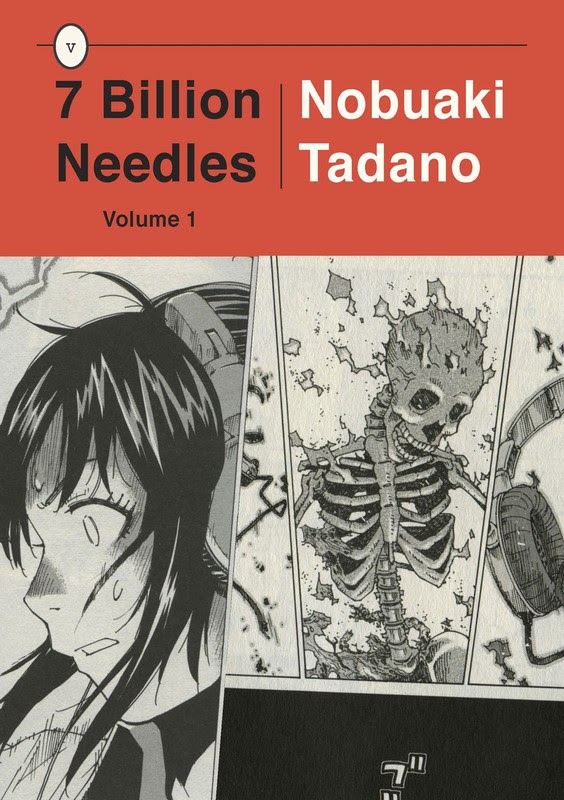 Always sporting her headphones to try to close out the world around her, Hikaru is clearly a reclusive teen aged girl. And within her body resides another life-form known as Ciel, a hunter in search of an intergalactic murderer intent on wiping out humanity. In 7 Billion Needles, two lives share one heart as they race to protect each other and what they most cherish.

Modern day Japan is the stage for a new form of hard science-fiction, as author Nobuaki Tadano revisits one of the genre’s Grand Masters, Hal Clement, in his debut work 7 Billion Needles. Loosely inspired by Clement’s golden age title Needle, 7 Billion Needles follows the life of a teenage girl whose quiet boring days are dramatically changed when her body is possessed by an alien life form caught up in an intergalactic manhunt.