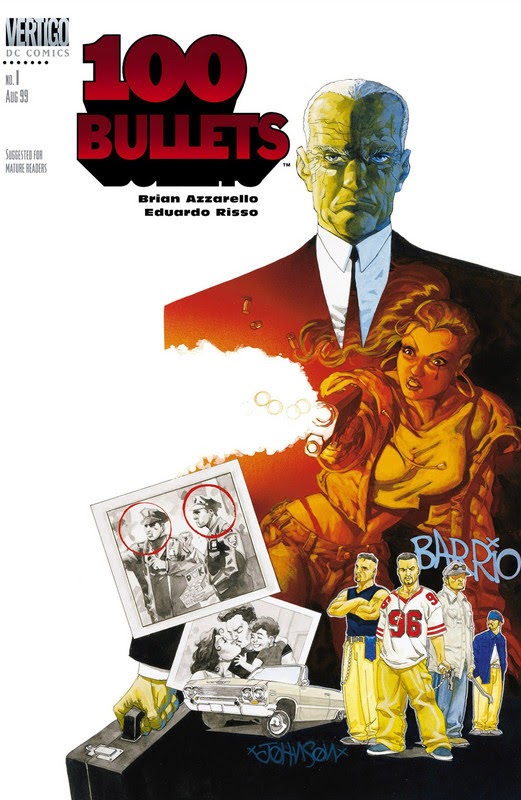 100 Bullets. Vertigo’s 4th longest series after Hellblazer, Swamp Thing and Fables and the second longest creator-owned series right after Fables. With 100 issues and ten years in the making, it is the writer Brian Azzarello’s and the artist Eduardo Risso’s most ambitious and definitive collaboration to date. With the beautiful covers done by Dave Johnson and most of the coloring done by Patricia Mulvihill. It’s about making life-changing decisions, revenge, guns, agents, a secret war and hot babes. This series is one of the most acclaimed series of the recent decades. Awarded with many comic book awards (which are listed down below).