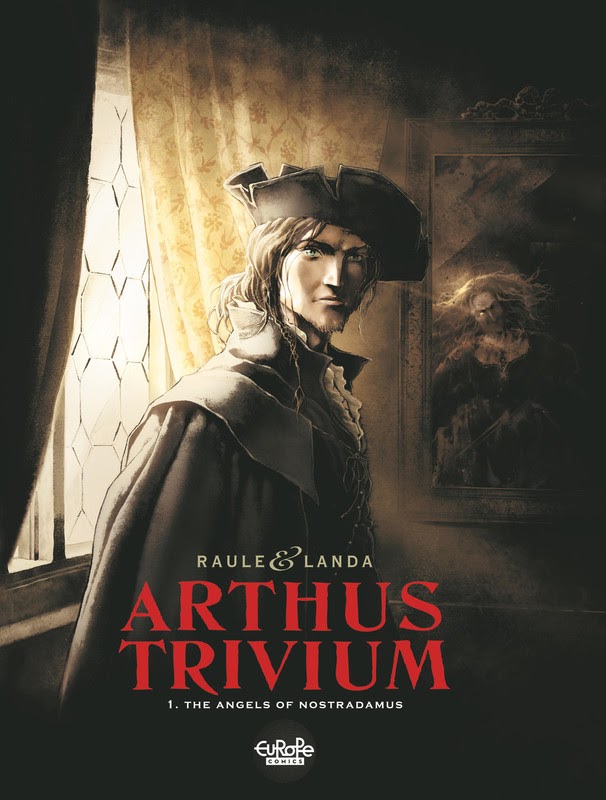 France, 1565. Charles IX reigns with an aging Nostradamus as his advisor, but unrest is afoot in the land. The Black Plague, believed to be under control, rears its head anew. Superstition vies with newly born science in the people’s hearts and minds. Through a countryside riven by religious and political rivalries travel Nostradamus three young disciples, Arthus Trivium, Angelica Obscura, and Angulus Dante, solving mysteries with wits, weapons, and the erudition their master has imparted. But soon they are drawn into the web of a well laid plot against Nostradamus family, which may threaten the life of the king himself.