Young Avengers by Gillen and Mckelvie: The Complete Collection (2020) 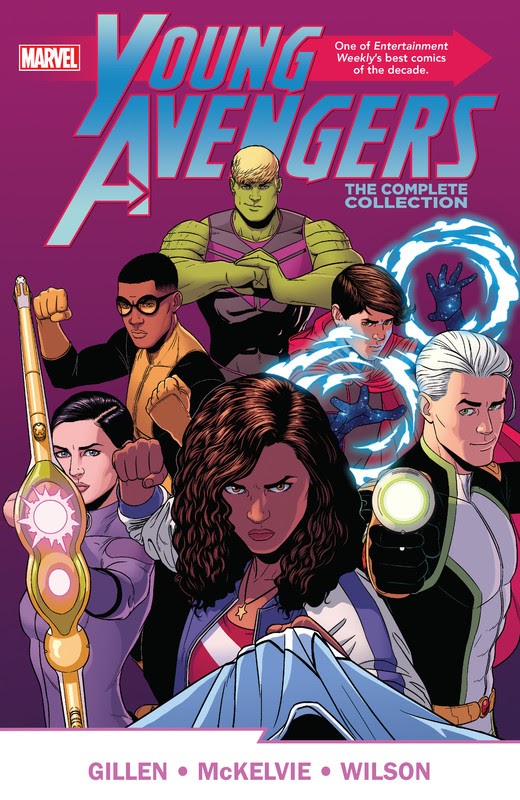 The Young Avengers, once more with feels! And there came a day unlike any other, when Earth’s mightiest teens found themselves united against a very uncommon threat. On that day, the Young Avengers were reborn to listen to music, break Tumblr in half and kiss. Like, a lot. Oh, and to fight the foes no adult super hero could understand! Heed the call, then for now, the Young Avengers hang out! Hawkeye (not the Hawkguy) puts the super in hero. Marvel boy will rock your world. Miss America will kick your ass to another dimension. Prodigy is an ex X-Man know it all. Wiccan and Hulkling bring the squee. And Loki? Oh boy, we have a Loki. They’re 18 (give or take), they’re ready to inherit the Earth but first they must face the mother of all villains. One only they can fight. Uh-oh. Creative gestalt entity Kieron Gillen and Jamie McKelvie (Phonogram, The Wicked + The Divine) bang their collective drum, reinventing the super hero comic book in their own freakish image.