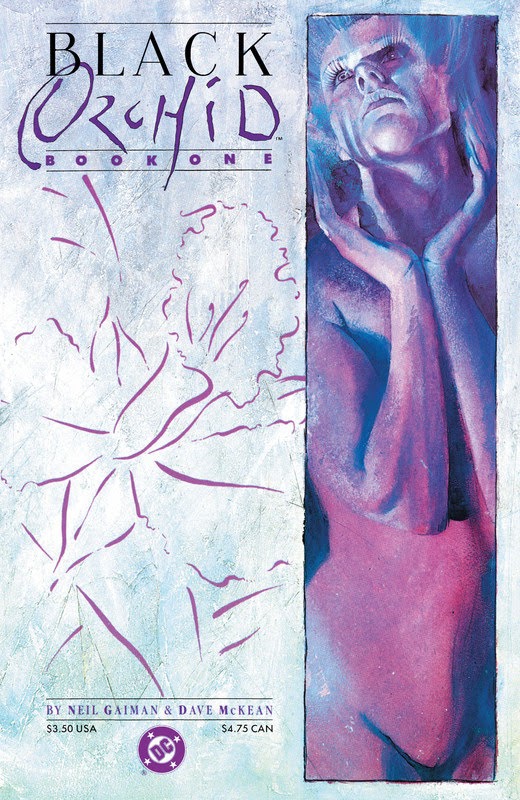 The first major work for DC Comics done by writer Neil Gaiman and painter Dave McKean. This 3-part prestige mini-series featured an origin for Black Orchid, which had not previously been revealed. Gaiman’s take gave her the name Susan Linden-Thorne and explained she was a half-plant hybrid, and had been an experiment of a botanist who had worked along side Alec Holland, Pamela Isley, Jason Woodrue and others.

Interestingly, Gaiman killed off his title character in the first few panels, leaving the rest of the series to focus on Orchid’s plant clones Flora Black and Suzy as they searched for answers across the DC Universe.

The series lead into an ongoing title under DC’s new Vertigo imprint a few years later, Black Orchid written by Dick Foreman starting in 1993. The mini-series has been collected in various editions under Vertigo.