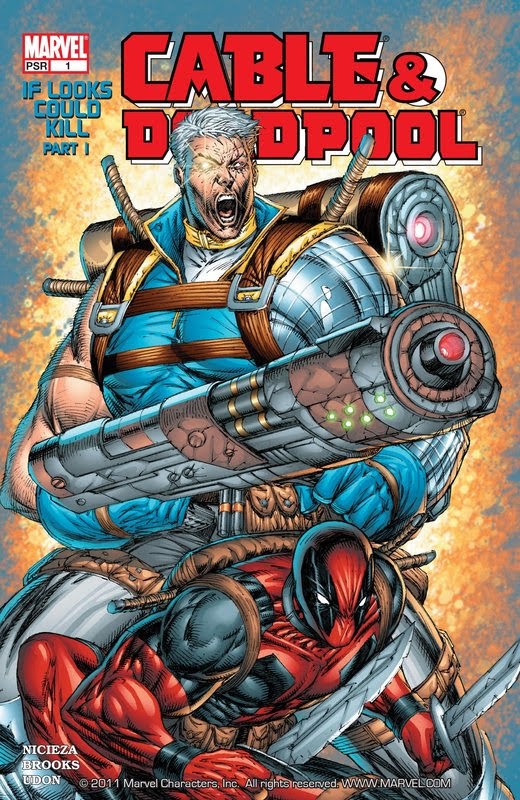 Wade Wilson and Nathan Summers are back – and this time, they’re stuck with each other! Can two grown men with deadly genetic weaponry work together without driving each other crazy?! Action, adventure, black-ops, black humor and lots and lots of gunfire mark the return of your two favorite mutant anti-heroes to their own ongoing series!

This series started after the Agent X series ended. It explores the often rocky relationship between Deadpool and Cable and has become somewhat of a cult classic. The series lasted for 50 issues, after witch both stars got their own ongoing series again, namely Deadpool Vol.2 and Cable Vol.2.