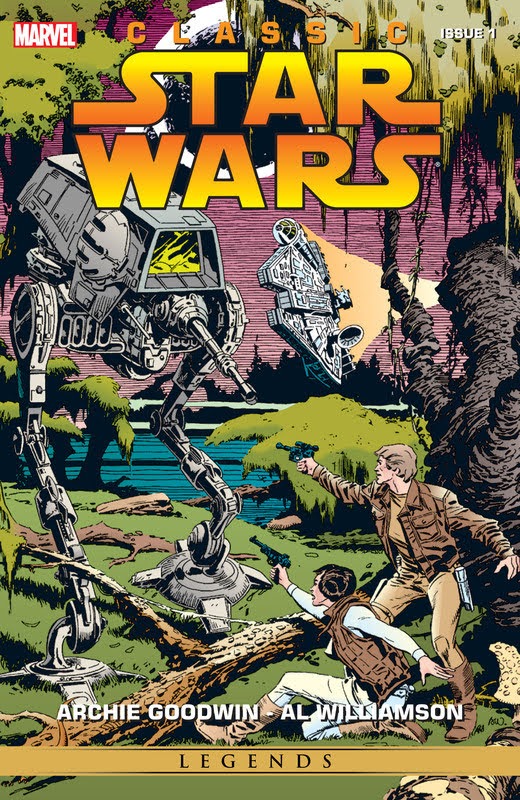 The events in Classic Star Wars take place between the first and second Star Wars films, and each issue is jam-packed with action. Our debut issue is no exception: Luke and Leia embark on a scouting mission, are pursued by Imperial troops, and fall into the clutches of a bounty hunter whose real target is Han Solo! Whew! The whole shebang is written by Archie Goodwin, drawn by Al Williamson, and colored by Steve Buccellato, with a new cover by Williamson.