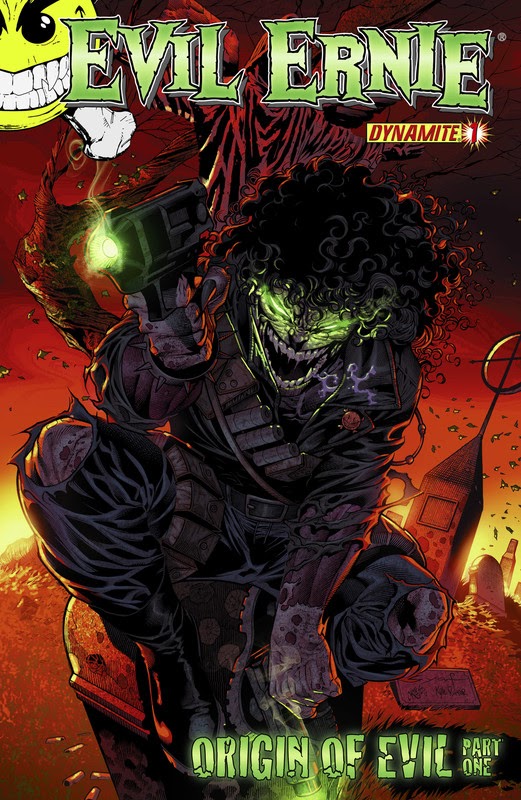 Ernest Fairchild was a kind and gentle soul until one day something in him snapped, leading him to one of the most notorious killing sprees in American history. With 665 kills to his name, Evil Ernie requires ONE more murder to complete the ritual he started and seal his deal with the Devil. Problem is: he’s just been EXECUTED! What led an ordinary boy to become a leather clad angel of death? How does he wield such blasphemous power? And what is the secret behind his hideous smiley face button? You may hate the sin, but you’ll LOVE the SINNER! Jesse Blaze Snider (HULK: LET THE BATTLE BEGIN) and JASON CRAIG (FREDDY VS. JASON VS. ASH) dive into the heart of darkness with Dynamite’s bold, terrifying new relaunch of EVIL ERNIE!