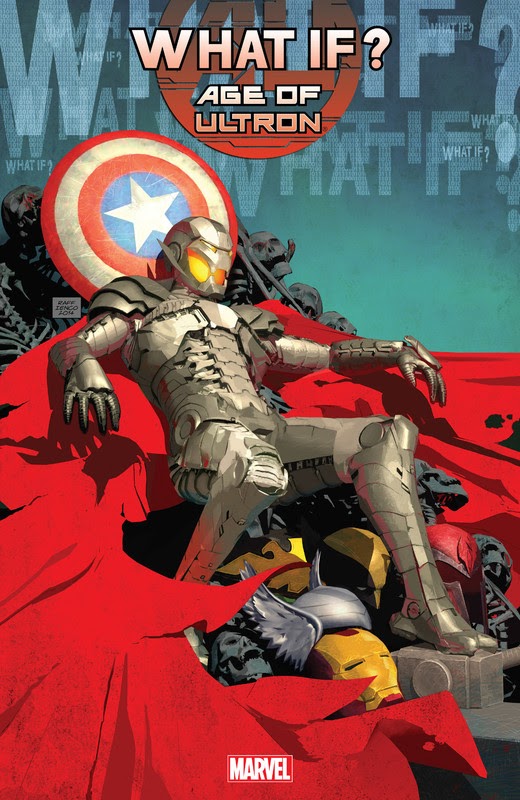 In AGE OF ULTRON, a time traveling Wolverine killed Hank Pym before he could create the world conquering Ultron. But what if other founding Avengers had been killed instead? Find out in five alternate adventures! In a world without the Wasp, Hank Pym created an Ultron even more heinous than the one we know! Without Iron Man, the Armor Wars scorch the earth until Spider-Man forms a familiar Fantastic Four to seek out a forgotten weapon! Without Thor, Ragnarok wipes out every super powered being leaving only Nick Fury and his unpowered allies to face the Midgard Serpent! Without Captain America, the United States loses its spirit until a secret cabal uses Frank Castle to recreate a legend! And if Hank Pym never created Ultron, the Vision never existed but without the Vision, can the world survive?